How will Brexit affect the technology sector? 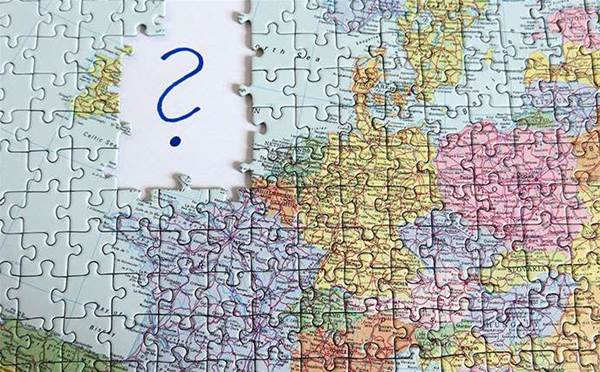 While the United Kingdom's decision to leave the European Union (EU) left the global financial markets reeling and experts and everyday citizens on both sides of the issue voicing their opinions, but what impact will the UK's exit from the soon-to-be formerly 28-nation alliance have on the IT industry?

"This result is a big blow to the UK's micro-business sector and I think that a lot of people will be very concerned about what the future will hold," said Ed Molyneux, CEO and co-founder of FreeAgent, a tech firm based in Edinburgh, Scotland.

It was clear during the run up to the referendum that the overwhelming majority of micro-business owners and freelancers were in favour of the UK remaining in the EU, and that they did not think a Brexit would be beneficial for their own businesses or the economy in general, he said.

"The ramifications of leaving the EU are going to be huge – especially for small businesses who sell products and services worldwide, rather than just domestically," Molyneux said. "And we now look set for a lengthy period of uncertainty while negotiations presumably take place over the terms of the UK's exit."

Molyneux urged the government to be as swift as possible in providing updates about how these discussions are progressing, and give every business owner in the UK clear, up-to-date information about what the effects of Brexit will be on important issues such as trade and tax. "The last thing the business sector needs is to be kept in the dark," he said.

Daniel Reilly, co-founder of Ruler Analytics, a Liverpool-based visitor-level marketing analytics and call tracking solution provider, is also disappointed in the vote to leave the EU. However, he said, the digital marketing sector is one of the most resilient and growing sectors of recent times. "Whilst there are a number of negatives to leaving the EU, there are also many positives for an industry that has no borders."

He believes the vote will not affect the ability to recruit skilled labour from abroad, nor will it cause a shortage of jobs within, what he terms, a constantly developing and evolving marketplace.

The fact remains, it will take about three years for the UK to get out of the EU, and during that time treaties will be negotiated, echoed Jeff Broadhurst, CEO at Apprise Software, a US-based ERP and supply chain solutions provider.

There are two models that can be looked at to see where this can go, he pointed out: the Norwegian model and the Swiss model. With the Norwegian model, the UK can join the European Economic Area (EEA), he said. This would give the UK equal access to EU markets similar to what Norway has. With the Swiss model, the UK can negotiate treaties outside the EEA.

After all, London is the centre of tech startups in Europe, Broadhurst said, and the EU is trending toward regulation that's not favourable to IT.

Other tech industry experts point out that the UK has been the biggest single market for tech in the EU, with many tech companies basing their EU headquarters there or at least maintaining a very strong presence.

"Now that the UK has voted out, the economic ramifications are already being felt and will carry on being felt regardless of the sector," said Dietrich Benjes, VP of strategic accounts and alliances EMEA at Varonis, a US software company.

However, he believes there is a very strong and compelling case to remain and further invest in the UK.

"It's now down to the government to engage with business and communicate the strength of that case," Benjes said. "As long as companies in the UK continue to do business with those in the EU, and they will, then the General Data Protection Regulation (GDPR) will still need to be addressed. And regardless of the regulation, the impetus for it – the need to ensure that sensitive information, personal information is secure – remains."

But, will the UK be free of the GDPR? Not really, said Andy Green, technical specialist at Varonis. The GDPR applies even to companies or “data controllers” outside the EU, he explained.

"This is the extra-territoriality nature of this data law. So if UK-based websites collect personal data from, say, a Dutch or French person, the GDPR still applies! And for UK companies with subsidiaries (and therefore data controllers) within the EU, and which try to get out of the GDPR by outsourcing processing to the UK, the GDPR, again, would still apply."

Why? Under the GDPR, the UK would have to be an “approved country” (with adequate data protection) in order for EU personal data to be transferred out of the  zone, Green said. "In other words, the UK local data laws would have to be up to snuff and at the same level as the GDPR."

UK companies doing business in the UK, collecting only personal data of UK citizens, will be covered by the current Data Protection Act, which is basically the EU Data Protection Directive (DPD), the law of land in the EU now, Green said.

"The UK's local data laws are and will likely be in the future close to the current GDPR. In short, large UK-based multinationals will still have to deal directly with the GDPR, and local UK companies will be under a GDPR-like local data law."

Ashley Craig and Lindsay Meyer, two partners at Venable, a US law firm, who counsel both US and foreign interests on transactional matters and cross-border regulatory and policy concerns, agree that an EU exit may take up to two years (or even longer if all Member States agree) from the moment the UK government notifies the EU of its intention to withdraw.

"However, the simple fact remains that once exit negotiations are concluded, the UK will probably no longer be subject to EU law and will likely apply its own national legislation across the board," they said.

In such a scenario, they explain, US firms operating in the UK will likely experience significant changes in a number of areas.

A key reason for many US companies establishing in the UK is the country's access to other EU and third-country markets through the EU's Customs Union and Free Trade Agreements (FTAs), they said. Upon exit, the UK will likely lose such preferential access. Accordingly, exports of US businesses from the UK may be subject to duties and other kind of taxes.

While the UK will likely negotiate an FTA with the EU, this will take time and will likely not match the level of preferential access that the UK currently benefits from under the current EU Treaties, the Venable partners said.

Additionally, the UK will have to negotiate its own FTAs with a number of third countries with which the EU has trade agreements, likewise losing – as a result of a weaker negotiating power – some of the benefits it currently enjoys under EU's FTAs.

Many US manufacturers currently operating in the UK may want to establish themselves in other EU Member States, which, in turn, will most likely affect the business of many UK-based service providers, they said.

As well, many US companies are expected to suffer from a shortage of available talent drawn for the other 27 countries of the EU, they explained.

Corollary to this, the talent pool in the UK just became a lot cheaper for foreign countries to hire. But, they will suffer as their standard of living drops and their opportunity to live and work in other countries in Europe is restricted, said Simon Crosby, CTO and co-founder at Bromium, a California-based provider of endpoint protection. Ultimately, he expects many of these workers to leave the UK permanently for countries that will pay what they are worth, such as the USA.

Plus, there is another longer term worry, he said: Over a third of research funding for universities in the UK comes from the EU. In the absence of new funding from the UK government, there will be a huge impact on university's ability to deliver highly skilled tech workers to the UK economy.