How's the government doing on giving SMEs more IT contracts? 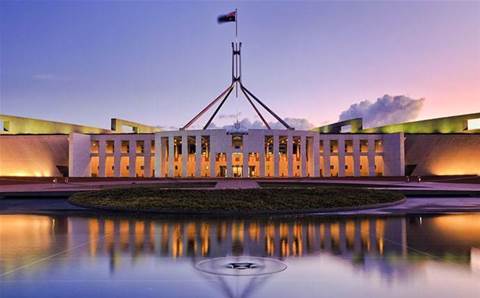 The Digital Transformation Agency has revealed some interesting statistics on the progress it has made towards its goal of providing more opportunities for small and medium business to sell IT to the federal government.

The DTA, which is responsible for monitoring technology projects implemented across all federal government departments exceeding $10 million, announced in its annual report for FY18 that non-Commonwealth entities had spent $1.2 billion on IT and digital initiatives in 2018.

The report highlighted the progress of the Digital Marketplace, which was introduced in August 2016 under former prime minister Malcolm Turnbull in an effort to improve procurement practices across the government by increasing competition and improving transparency.

In 2018, the government awarded $134 million in contracts through the Digital Marketplace, 74 percent of which were handed to 171 SMEs that are signed up to the marketplace, more than double the 30 percent of SME contracts from the last-collected average in 2015-16.

During the 2018 financial year, another 469 resellers signed up to the marketplace, bringing the total to 952. Out of the 469 new resellers, 33 percent of them had never done business with the Commonwealth.

There were 643 new opportunities published by the Digital Marketplace in 2018, including projects by 43 more agencies that hadn't used the platform before.

Enterprise sellers also got a lot of love in 2018. The DTA established new whole-of-government arrangements with IBM, SAP and Concur Holdings, and is working on another arrangement with Oracle.

The DTA also revealed that current IT projects across the federal government total $7.8 billion. Of the 84 projects included, 63 percent of those were listed as "major transformation" projects, up from 58 percent last year.

Eliminating departmental friction within MSPs
By Brendon Foye
Oct 22 2018
7:20AM