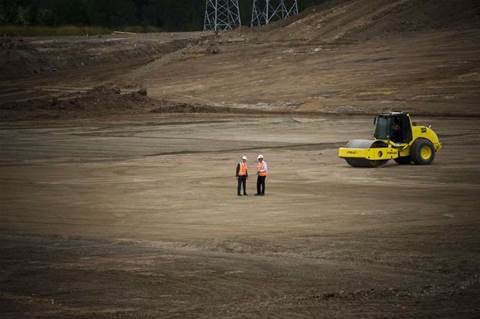 HP Enterprise Services has formally announced the build of a massive data centre in the West Sydney commercial district of Eastern Creek, with an initial $119 million build due to be completed by the end of 2011.

HP customers should expect to be migrated across to the first stage of the data centre build in early 2012.

The vendor also plans to offer a new range of cloud computing services from the facility, but will not offer its channel partners any co-location opportunities.

At present, the company has contractors laying foundations at the site.

This first stage of the build will be a 2,320 square metre building – the size of nine tennis courts.

HP said it will have enough power and space on-site for four more cells of equal size to come online in the future – which represented a 12-fold increase in HP’s data centre assets in the Sydney basin.

The facility will offer an average of 1.6 kW to 2.15 kW per square metre, operating at a power usage effectiveness (PUE} rating below 1.3.

HP Infrastructure Outsourcing marketing manager David Simpfendorfer said that a new power substation is being built in Eastern Creek to accommodate the growth of its commercial park – which was also chosen as a base for the build of a new Woolworths data centre.

The company refused to disclose which carriers would provide fibre connectivity to the building, but said there would be sufficient capacity for HP customers to run an “active-active” configuration between the new data centre and HP’s older facilities in Western Sydney for the live replication of systems.

The company will use the facility to house systems on behalf of its outsourcing customers, and to offer a range of cloud computing and other managed IT services.

The vendor expects the site to run at 99.982 percent availability – which amounts to just under one hundred minutes of downtime per year.

HP said the facility would be "broadly comparable" to a Tier III rating, and planned to engage a professional services firm to certify this rating once the facility was completed.

HP’s Asia Pacific vice president Paul Brandling [pictured] said the facility was a “vote of confidence in the Australian economy and our ability to attract talent.” 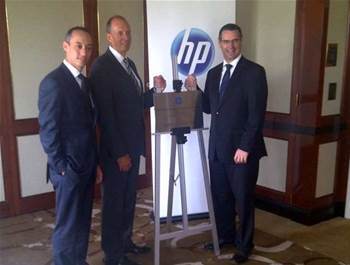 David Caspari, vice president of enterprise services at HP (formerly EDS) refused to disclose which existing HP facilities would be decommissioned or co-lo agreements ended as customers were migrated to the Eastern Creek site, and said these decisions would be “revised to respond to client demands”.