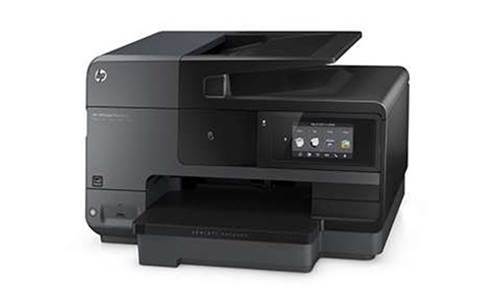 HP has agreed to compensate customers who couldn’t use third-party ink cartridges with their OfficeJet printers after the vendor released firmware to block non-HP cartridges without informing customers in 2016.

In September 2016, HP distributed the Dynamic Security Feature (DSF) firmware to OfficeJet printers, which was intended to prevent non-HP ink being used. Some customers received an error message saying their third-party cartridge had been damaged as a result of the firmware.

“Consumers were not made aware of the restriction on using non-HP ink cartridges when buying the printer or downloading the firmware update, and were denied the choice to accept or reject it.” ACCC deputy chair Dr Michael Schaper said.

He added that the consumer watchdog was concerned that HP used technology to change the printers’ functionality after customers had already purchased it without alerting them.

“Businesses must disclose all important information about their products, including if there are any restrictions on the use of non-genuine parts or refills.”

HP admitted that it may have been in breach of Australian Consumer Law by engaging in false or misleading conduct and has given the ACCC a court-enforceable undertaking to pay back $50 to an estimated 2000 Australian customers that were affected, bringing the total to $100,000.

A HP spokesperson told CRN: “We are pleased that HP Australia has reached a settlement with the ACCC. HP uses dynamic security in select printers (a) to protect the quality of the consumer experience from potential functionality risks that can be introduced using cartridges with cloned chips or modified or non-HP circuitry, (b) to protect HP’s intellectual property, and (c) to reduce counterfeiting of HP supplies and warranty fraud.

“HP Australia will continue using dynamic security in select printers in accordance with its settlement with the ACCC.”

HP will also make it clear on its packaging when DSF is in use by a printer and has released firmware to remove the feature.

After rermoving the feature in 2016, HP’s chief operating officer Jon Flaxman apologised to customers, saying only a small number of customers were affected though.

"We should have done a better job of communicating about the authentication procedure to customers, and we apologise," Flaxman said at the time.

Telecommunications Services
By Brendon Foye
May 3 2018
11:45AM