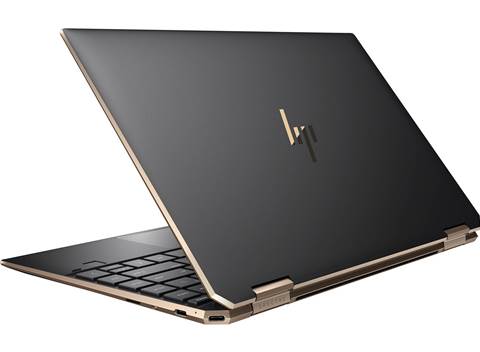 For consumer and education-focused PCs, in particular, “we have seen unprecedented demand,” Lores said during a call with reporters and analysts, in response to a question from CRN.

“Last quarter, we shipped 18 million PCs--which is the largest number of PCs we have ever shipped [in a quarter]. So this gives you an idea of the strength of the PC business last quarter, and why we are confident on the performance of this business going forward.”

Net revenue in HP’s consumer personal systems segment surged 42 percent during the company’s fiscal third quarter of 2020, ended July 31, from the same period a year ago.

The segment received a boost from strong sales of Chromebooks--the affordably priced, student-friendly notebooks that run Google’s Chrome OS. For HP, Chromebook revenue is split between its consumer and commercial segments. Solution providers told CRN this week that Chromebooks from vendors including HP are sold out right now due to demand for remote learning.

As he mentioned previously in an interview with CRN, HP is seeing a trend emerge in the home to have “one PC per person,” Lores said on Thursday.

“If you’re working from home or learning from home, and you want to be productive, you really need to have one PC that you are using regularly and that you have access to,” Lores said. “This is really driving the demand that we have seen in this category.”

“We are seeing growth in personal systems on the services side,” Lores said. “This [environment] is really helping to accelerate the growth in that space.”

“Device-as-a-Service is very attractive” to customers currently, said Juan Fernandez, vice president of managed IT services at ImageNet. “Their focus is on that contractual-based billing--because of the fact that budgets have waned, and they’re trying to do business without a lot of influx of capital. So we’re still seeing growth there.”

Overall, the company reported net revenue of US$14.29 billion during the quarter -- down 2.1 percent from the same quarter a year earlier, but more than US$1 billion above the Wall Street analyst consensus estimate of US$13.1 billion.

HP’s non-GAAP net earnings of 49 cents per share for the quarter also easily beat the analyst consensus estimate, which had predicted 43 cents per share. The company’s stock price was up 3 percent, to US$19.27 a share, in after-hours trading Thursday.

During its third fiscal quarter, HP reported that revenue in its personal systems business overall rose 7 percent, year-over-year, to US$10.36 billion.

For the print business, Q3 revenue declined 20-percent from the same quarter a year earlier, to US$3.93 billion. Revenue from commercial print hardware fell 37 percent to US$732 million, while supplies revenue dropped 19 percent to US$2.57 billion.

However, “the print business performed better in Q3 than we were expecting. And it was really driven by performance on the consumer side,” Lores said.

“More people are working from home, more kids are learning from home, and this is driving some demand in this part of the business,” Lores said. “We expect that, because of that--and also because of the improvement in demand we have seen on the commercial side--in the next quarter we are going to see an improvement in [the print business] … We think that this was the worst quarter for print, and now we are going to be improving starting next quarter.”

One indication of the commercial print improvement is in managed print services. MPS saw a page volume decline of 25 percent during the latest quarter, but that was far better than the prior-quarter drop of 40 percent, Lores said during a quarterly call with analysts on Thursday.

In office and commercial print, “we have seen signs of improvement,” Lores said. “We anticipate the reopening of businesses will gradually increase the demand for printing and related services.”

The stronger-than-expected financial results from HP come as the company is gearing up to launch its new partner program, HP Amplify, on Nov. 1.

During the quarterly call with analysts on Thursday, Lores pointed to the launch of HP Amplify as an important milestone, which will “adapt our channel program to today’s digital reality.” Amplify will feature a revamped compensation structure and a bigger focus on rewarding partners that can offer services, collaborate around data and bring a strong digital presence.

Grabbing the hybrid cloud opportunity with Lenovo and Azure Services
By Kyle Alspach
Aug 31 2020
6:35AM