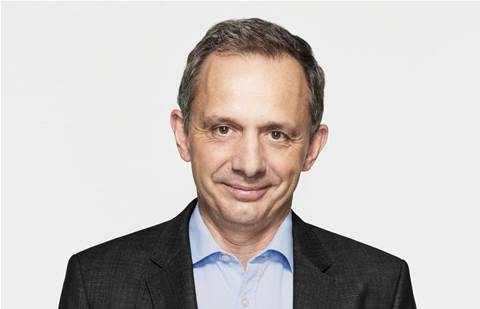 Even as HP Inc. seeks to shore up the loyalty of shareholders with a massive shareholder return program, the company is also keeping in mind the potential impacts on channel partners from Xerox's attempted hostile takeover, HP CEO Enrique Lores said Monday.

Lores indicated that among the many reasons HP is fighting the Xerox bid, one is that it would likely be a negative outcome for HP partners.

"We do the big, big majority of our business through channel partners, and this has been a critical part of how we go to market," Lores said Monday during a call with reporters and analysts, in response to a question from CRN USA. "Xerox has a very different approach. And as you can imagine, this has created some concerns from some of our key partners, and they have publicly said that."

Among the partners who have been critical of the Xerox proposal is Harry Zarek, president and CEO of Canada-based HP partner Compugen.

"Xerox has historically been a direct sales organization and is still in the early stages of understanding how the channel model works," Zarek told CRN USA previously. “They have a large direct sales organization focused on enterprise accounts and still deals with them directly and only selectively permits channel companies to participate. They have a direct agent model which covers the SMB market.”

"Contrast that with HP as a mature, channel-focused business,” Zarek said. “There is a big cultural mismatch around Xerox being able to understand how today's IT channel model works."

On Monday, HP announced it will return $16 billion in capital to shareholders from its current fiscal year 2020 through to its fiscal 2022.

The capital return plan will include an $8 billion share buyback that is targeted for the 12 months following HP's 2020 annual meeting, which has not yet been scheduled.

"This plan is supported by margin expansion across our businesses," Lores said during the call with reporters and analysts--including in both its PC and print businesses.

The moves come as Xerox has promised to launch a tender offer, starting "on or around" March 2, that will ask all HP shareholders to sell their shares to Xerox.

While HP's leadership has repeatedly said the offer undervalues the company, HP has criticized numerous other elements of the proposal--including the large amount of debt that Xerox would need to raise to finance the deal.

Eliminating departmental friction within MSPs
By Kyle Alspach
Feb 26 2020
5:27AM