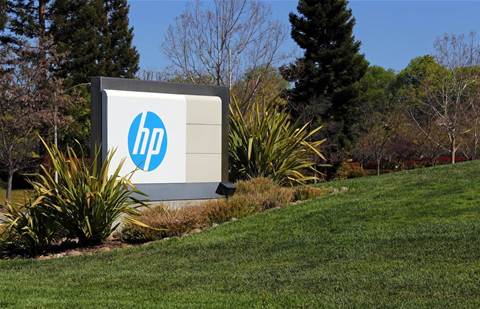 The coronavirus pandemic will have a "permanent effect" on the business world that should translate into strengthened demand for all of HP Inc.'s product lines continuing beyond the current crisis, according to the company's CEO.

In an interview with CRN, HP CEO Enrique Lores said that the move to work-from-home and localized manufacturing through 3-D printing will likely remain in the post-coronavirus world. Across the company's portfolio--of printers, 3-D printers and personal systems such as PCs and monitors--the firm is well-positioned to serve those needs, Lores said.

"We think that this is going to be a permanent effect. In any crisis, there are tailwinds and headwinds. Clearly, this is a significant tailwind," Lores said.

"When these situations happen, usually strong companies get stronger,” he said. “HP is a strong company, and we really look at these opportunities as ways to become stronger."

As many businesses have shifted to remote work and many schools have closed in response to the coronavirus outbreak, HP has seen “very strong demand for PCs--and in general for everything that has to do with people working from home or people learning from home," Lores said.

Lores expects that the interest in work-from-home will not just be temporary, either, now that many businesses are finding they can still be effective with remote work.

"This is going to be opening significant opportunities for us--both in the PC space and also in the print space, as customers will be producing and working from home," he said.

Harry Zarek, president and CEO of Richmond Hill, Ontario-based Compugen, said he has no doubt that HP can emerge from this crisis as a stronger company because of HP's innovation in these areas.

"They have a comprehensive portfolio to cover a broad range of needs," said Zarek, whose company last year was named HP's Personal Systems Partner of the Year for Canada.

Compugen, No. 57 on CRN's Solution Provider 500, has been seeing huge demand for PCs for work-from-home deployments in recent weeks, Zarek said. "There are all variations in devices being asked for, including mobile, fixed function and full desktops," he said.

Going forward, Zarek said he expects that "computers and peripherals at home will be a fast-growing market.”

Meanwhile, HP--the maker of the Multi Jet Fusion 3-D printer--has also been working with partners to print medical parts that are badly needed in the fight against the coronavirus.

HP has been working first to get medical parts qualified and certified, such as parts needed for face masks and respirators, Lores said. Once approvals on the designs come in, HP and partners are then printing the parts and having them distributed.

"Our partners and customers can download the designs, produce the parts and make the parts available to hospitals and other health care centers in their local communities," Lores said. "We think we can have a significant impact, especially in those cases where some of those products are not available."

Ultimately, the crisis is showing the value of 3-D printing in a way that may not have been evident before, he said. Along with shortening the time between design and production of parts, 3-D printing can enable manufacturing close to where the products are needed--"which is critical in a period like this," Lores said.

"It is really highlighting how 3-D printing has the potential of transforming the manufacturing industry," Lores said. "This is a great example of its capabilities."

With HP’s major response to the impacts of the pandemic going on right now, company executives also said this week that they cannot afford to divert attention in order to dialogue with Xerox, which has vowed to continue its hostile takeover bid for HP.

Xerox said earlier this month that it is pausing its acquisition efforts in the wake of the coronavirus outbreak. However, in a letter to shareholders signed by Lores and Board Chairman Chip Bergh on Wednesday, HP's leadership noted that Xerox has not dropped the bid altogether.

In the letter, HP executives told shareholders that they are "committed to protecting your investment”--but that managing the impacts of the pandemic is the top priority right now. "We believe that we should not divert valuable time, attention and resources to a dialogue with Xerox about its proposed transaction," HP said in the letter.

HP's board has repeatedly rejected the takeover deal since it was first proposed by Xerox in November. HP executives reiterated in their letter this week that "we believe the Xerox proposal fundamentally undervalues HP, threatens the future of both companies, and creates an unacceptable level of risk to both HP and Xerox shareholders."