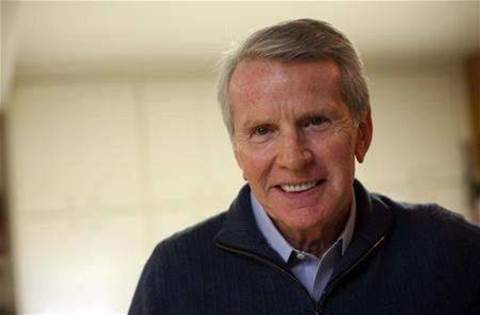 HP cairman Ray Lane, who has come under fire from shareholders for his role in the acquisition of software company Autonomy, has stepped down, the company said on Thursday, in a shake-up that will usher in two to three new board members.

Director and activist investor Ralph Whitworth will become interim chairman until a permanent replacement is found.

The action comes weeks after the Kleiner Perkins managing partner, who will remain a director, narrowly won reelection at the personal computer maker's annual shareholders' meeting with less than 60 percent of voting shares compared with 96 percent a year ago.

Two other directors who kept their seats with narrow margins, G. Kennedy Thompson and John Hammergren, will exit the board, leaving the company looking for two to three new, independent replacements.

Lane is one of the most prominent casualties of an acquisition that has incensed investors, who have publicly upbraided the company for paying $US11 billion ($A10.5 billion) for Autonomy and for failing to conduct proper due diligence. HP eventually swallowed a multi-billion dollar write-down on the asset's value.

"After reflecting on the stockholder vote last month, I've decided to step down as executive chairman to reduce any distraction from HP's ongoing turnaround," Lane said in statement. "Since I joined HP's board a little over two years ago, I've been committed to board evolution to ensure our turnaround and future success."

The Autonomy deal capped a tumultuous decade for the company that included the "pretexting" scandal of 2006, and in which the board underwent numerous changes.

Whitworth had told shareholders at the March meeting to prepare for an "evolution" of the board.

The upheaval comes as HP and CEO Meg Whitman are undertaking a multi-year turnaround to stimulate growth at the company, which was once synonymous with Silicon Valley but has since stagnated as its personal computer and printer business declined.

She has asked investors to be patient while the company undertakes layoffs and cost cuts and expands into areas with longer-term potential, such as enterprise computing services.

Grab the MSP security opportunity
By Poornima Gupta
Apr 5 2013
11:06AM