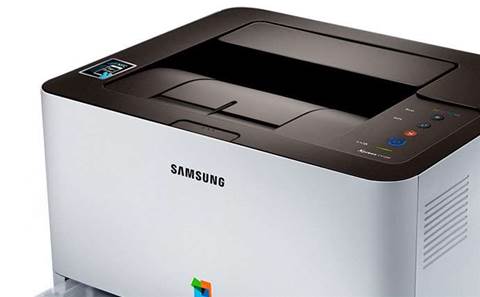 HP's A3 copier replacement efforts are being kicked into high gear by the US$50 billion printer and PC behemoth's US$1.05 billion acquisition of Samsung's printer business.

HP, for its part, said it expects the new A3 products, which began shipping earlier this year, to grab a 12 percent share of the copier replacement market over the next several years.

HP celebrated the closing of the Samsung deal on Wednesday at a Suwon, South Korea Samsung facility where HP executives welcomed the new Samsung workforce of 6000 employees including 1300 researchers and engineers. The deal also includes more than 6500 Samsung printer patents.

"This gives us the technology that we will need to drive the transformation in the copier industry," said HP Imaging and Printing president Enrique Lores in an interview with CRN USA.

"It will help us to reinforce and strengthen our position in A4. Also this will position us in a very strong position from a technology perspective. They have a great engineering team in Korea and a very strong patent portfolio that we will be integrating into our portfolio."

The blockbuster deal first and foremost gives HP the copier replacement intellectual property and talent to drive an A3 renaissance.

HP gets 6000 Samsung employees including 1300 engineers and researchers with deep A3 expertise. It also includes more than 6500 Samsung printer patents. At one point, the printer business contributed US$1.8 billion in sales to Samsung.

The new A3 products, which began shipping earlier this year, are aimed at grabbing a 12 percent share of the market over the next several years from the likes of copier stalwarts like Xerox, Ricoh and Konica Minolta.

Samsung's printer prowess provides HP with a huge competitive differentiator in the A3 market.

HP, in fact, has said its A3 portfolio, which is based on the Samsung technology, delivers a 40 percent lower cost for color and a 20-30 percent services cost savings compared with the current crop of copiers.

That lower services cost and color breakthrough is made possible in large part by Samsung technology.

"The key differentiator of the technology is the fact that they have an architecture that is much simpler than the architecture of any other copier in the market," said Lores.

"This is what supports the lower service cost that drives the competitive advantage that we will have in the industry. This is really what attracted us to Samsung: the simplicity of the architecture that they have."

Over the next three months, HP plans to do a detailed product rationalisation evaluating where the product sets overlap and compete.

As with HP, Samsung already has its own extensive A3 and A4 lineup.

Tuan Tran, HP general manager & global head, office printing solutions, moved to Korea in August to oversee the product integration process. Tran is "living there with his family to make sure that we drive a very smooth integration and process between HP and Samsung," said Lores.

HP has the option to use the Samsung brand for the next two years with both printers and supplies.

"We still haven’t defined when we will stop using that (Samsung) brand," said Lores. "If there are some areas where it makes sense to keep the Samsung brand for the two years we will because of course we do not want to create any disruption to our customers or our partners."

That HP emphasis on not disrupting current Samsung contracts and business will be critical in the brand decisions. "This is a very important principle as we go through the integration," Lores said. "We want this to be very positive for Samsung partners making sure that they can support the contracts they have."

In Korea, HP plans to OEM the printer portfolio to Samsung so the South Korea behemoth can sell the products under the Samsung brand. "In Korea - just in Korea - Samsung has a stronger brand than HP," Lores said. "It makes more sense that we use their brand to sell our products than ours. We have made that change only for Korea."

As part of the deal, Samsung plans to make a US$100 million to US$300 million equity investment in HP through open market purchases.

"The equity investment is important especially from a symbolic perspective," said Lores. "Samsung had been investing in this space for a long time. They actually didn't want to abandon it. They were looking for a partner that could take the work they had been doing and expand it and take it into the future."