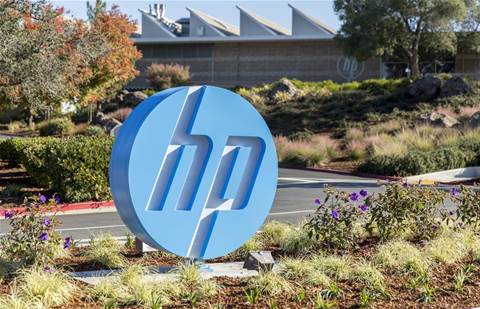 HP Inc. announced Thursday it is adopting a shareholder rights plan as the company faces a hostile takeover bid from rival Xerox.

The shareholder rights plan includes a number of measures that could help fend off a takeover, and that are triggered if an outside entity acquires 20 percent or more of HP shares.

HP said the shareholder rights plan will expire in one year -- on 20 February 2021.

The move comes after Xerox said it plans to ask all HP shareholders to sell their shares through a tender offer, starting "on or around" March 2.

To help entice shareholders, Xerox also said it will raise its takeover offer to US$24 a share, from $22 a share previously. The new offer amounts to a $34.9 billion acquisition bid for HP, up from $32 billion originally.

In a news release, the chair of HP’s board of directors, Chip Bergh, said the shareholder rights plan is being adopted because HP's board believes "it is essential that HP shareholders have sufficient time and full information when considering any tender offer that Xerox may commence."

"As we have previously said, we are very concerned about Xerox’s aggressive and rushed tactics, and any process that is not based on full information is a threat to our shareholders," Bergh said.

The rights plan "will not prevent a combination of HP with another business, but should encourage Xerox (or anyone else seeking to acquire the Company) to negotiate with the Board prior to attempting to impose some combination that is not in the best interests of the HP shareholders," HP said in the news release.

HP also announced a dividend consisting of one preferred share purchase right on each outstanding share of HP common stock.

Xerox contends that it has met with "many of HP's largest stockholders" and that there is interest in combining the two companies. The company did not immediately respond for a request for comment Thursday.

Despite being the far smaller of the two companies, Xerox is seeking to absorb HP in order to bring together the largest players in the copier and printer markets, at a time when the industry is waning.

Here are the details on HP's shareholder rights plan as disclosed in the company's news release:

The rights plan has several recognized shareholder protections, including:

The rights will be exercisable only if a person or group acquires 20% or more of HP’s common stock, subject to certain exceptions. Each right will entitle shareholders to buy one one-hundredth of a share of a new series of junior participating preferred stock at an exercise price of $100.

Prior to the acquisition by a person or group of beneficial ownership of 20% or more of the Company’s common stock, the rights are redeemable for $0.01 per right at the option of the Board.

While the HP board has said the original offer "significantly undervalues" its company, the board has criticised numerous other elements of the proposal, as well--including the large amount of debt that Xerox would need to raise to finance the deal.

HP will report its fiscal 2020 first-quarter financial results on Monday.