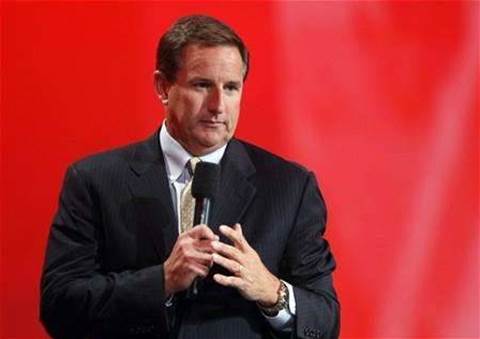 Hewlett-Packard Co and its former chief executive, Mark Hurd, have won dismissal of a lawsuit that challenged the computer maker's public commitment to ethics at a time when Hurd was allegedly engaging in sexual harassment.

HP did not violate securities laws despite making statements such as a commitment to be "open, honest, and direct in all our dealings" because such statements were too vague and general, U.S. District Judge Jon Tigar in San Francisco wrote on Friday.

"Adoption of the plaintiff's argument (would) render every code of ethics materially misleading whenever an executive commits an ethical violation following a scandal," Tigar wrote.

HP adopted new standards after a 2006 scandal over news leaks that had implicated several company executives and directors.

Hurd resigned from HP in August 2010 after allegations that he sexually harassed independent consultant Jodie Fisher.

An internal HP probe cleared Hurd of harassment but found that he filed inaccurate expense reports. Hurd, 56, is now president of Oracle.

The departure of Hurd, who had been widely credited with improving HP's fortunes, led to a drop in the company's share price. HP's market value, which at the time topped $100 billion, has since fallen by roughly half, Reuters data show.

Shareholders led by the Cement & Concrete Workers District Council Pension Fund of Flushing, New York, claimed in their lawsuit that the share price had been fraudulently inflated because of Hurd's alleged activities.

They also claimed that HP's statements about its rules of conduct implied that Hurd was in compliance, and that Hurd ignored his duty to disclose violations.

At most, Tigar said, such statements "constitute puffery - if the market was even aware of them."

Tigar also said Hurd's alleged desire to keep his dealings with Fisher secret did not by itself give rise to a fraud claim.

"Nothing suggests that Hurd thought that he could mislead investors with the statements the court finds were immaterial," the judge wrote.

Tigar gave the plaintiffs 30 days to amend their complaint.

Ira Press, a lawyer for the plaintiffs, did not immediately respond on Monday to requests for comment.

HP spokesman Michael Thacker declined to comment. Lawrence Lewis, a lawyer for Hurd, did not immediately respond to requests for comment.