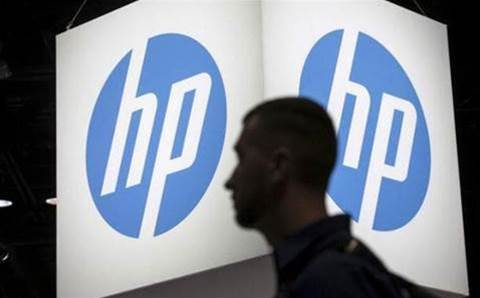 HP Inc. has expanded the recall notice it previously unveiled on batteries for certain mobile PCs and workstations, and said the number of impacted devices remains low and that the battery replacement will be fast and at no cost to customers.

Mike Nash, chief technologist and vice president of customer experience for personal systems at HP, said the expanded recall came about because of tests that indicate that the number of batteries that could overheat and catch fire was higher than originally thought.

Nash told CRN USA that HP is not issuing a new recall, but is instead expanding the original recall after it found that the time frame during which the batteries were manufactured was actually wider than originally thought.

Between the original recall and the new expansion, HP estimates that the battery problem affects only about 150,000 devices, or less than one-tenth of 1 percent of all mobile PCs and workstations during the global recall period, from December 2015 through April 2018, he said.

"We found an issue with some batteries," he said. "We isolated what days the affected batteries were manufactured. We're not issuing a new recall today. We're just recalling batteries from a few more days in the same period [of manufacture]."

For HP, the original and expanded recall was made with customer safety in mind, Nash said. "For HP in general, we look at so many issues from a customer perspective," he said. "Safety is a priority. When we see a safety issue, it becomes a priority for us."

However, not all such devices were impacted. Only about 3 percent of those devices had the recalled battery installed, Nash said.

HP is directing customers with these devices to its website where they can run a battery validation utility that will let customers know if their devices' batteries are subject to the recall.

Customers should then contact HP, which will ship replacement batteries. Since the batteries in most of the affected devices are not user replaceable, HP will also send a technician to the customer site, including businesses and homes, to do the actual replacement free of charge.

For larger commercial customers with a dedicated IT team, HP will reimburse them the cost of replacing the batteries, Nash said.

Nash declined to estimate the total cost of the battery replacement program. "We don't worry about the cost," he said.

HP has not identified the manufacturer of the batteries.

This is not HP's first time to issue a battery recall for mobile PCs. The company in June of 2016 issued an initial recall of 41,000 batteries, and in January of 2017 expanded the recall to cover 101,000 batteries.

That earlier recall covered batteries sold between March of 2013 and October of 2016 that were compatible with some of the HP, Compaq, HP ProBook, HP ENVY, Compaq Presario and HP Pavilion notebooks it sold.