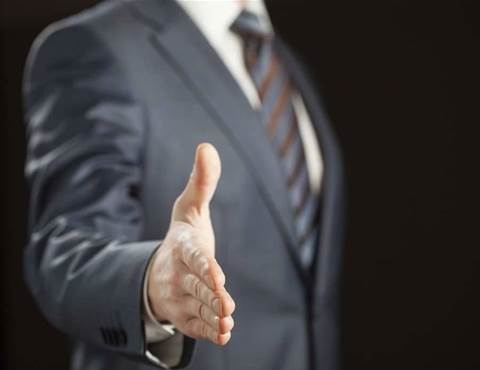 "This breakthrough, which we are really excited about, isn't a one off," said Whitman of the surprise Google deal in her keynote address at the HP Discover conference, the company's annual gathering for IT buyers. "We are going to continue to look for ways to partner with other like-minded technology companies to give customers what they want and what they need to make IT be a growth enabler."

HP announced at Discover that it was becoming a Google Apps For Business Reseller as part of an ambitious plan to dramatically redefine the small-to-medium business (SMB) IT customer experience with HP SMB IT in a Box. HP is billing the product as a "one-stop shop" technology solution that includes Google Apps For Business with what HP is calling its own "unique" management software layer combined with HP PCs and printers.

HP said the Google partnership is only the first phase of the offering with more additions planned in the future. In fact, HP envisions adding all the pieces from its broad technology product and services portfolio that would appeal to an SMB customer.

HP did not release pricing for the SMB IT in a Box, which is expected to be available on a limited basis in July. The initial offering is aimed at customers with 50 to 200 employees, but HP plans to eventually expand that customer target.

HP said it expects about several hundred cloud-savvy resellers to initially carry the product with a massive global rollout slated for 2014. HP anticipates a huge percentage of its resellers will carry the product since as many as 80 percent of partners contacted by HP have already expressed interest in the solution.

Whitman, for her part, stressed that SMB IT in a Box will be brought to market in conjunction with HP's "wide network of channel partners." HP, in fact, said the product was envisioned from the start as a channel partner offering. Eventually, the SMB IT in a Box product will include integrated consoles developed by HP for resellers, IT administrators and end users allowing easy access to the entire solution including Google Apps for Business.

NEXT: HP Says The Deal Is A Money-Maker For SMB-Focused PartnersWhitman said the HP SMB IT in a Box is aimed at simplifying SMB IT environments so SMB businesses can "focus on what really matters to them: their customers and their business."

"What this venture is designed to do is to help simplify the customers' IT environment, reduce their operating cost and their infrastructure and network requirements, while improving their workflows and productivity," she said.

HP executives said they see the deal as a moneymaker for HP SMB-focused partners. "What we are doing is actually equipping the channel partners with a bunch of tools -- most importantly consoles that will allow them to manage the IT for their customers," said Sumeer Chandra, vice president of strategy and business management for HP's consumer PC business. "The way we are engineering this is making sure that resellers have a very important role to play in terms of provisioning and managing customers' applications and devices."

Chandra said he sees future services additions to SMB IT in a Box as "a combination of what a channel partner provides plus HP providing some basic" infrastructure services. "IT management is going to be a pretty big part of it," added Chandra, speaking about the future of the SMB IT in a Box platform. "Security, productivity and collaboration."

HP Senior Vice President and General Manager of Printing Personal Systems Consumer PC and Solutions Ron Coughlin stressed that the deal is not targeted at Microsoft. "This is not competing against an existing offer," he said. "This is a pain point. SMBs don't want to manage their IT, and we are meeting an unmet need in the marketplace. We know this is a big idea when you combine all of it. When you get to offering all this, componentry as a service is where we think we have magic. We are still going to do a lot of business with Microsoft. This isn’t a versus Microsoft [announcement], and a lot of these devices that get sold in are going to be running Windows 8. This isn't aimed at Microsoft. This is a tremendous opportunity for us to take a holistic view to the SMB."

Ultimately, Coughlin said, SMB IT in a Box will allow partners to be more successful in the SMB market with an offering that is much more "sticky."