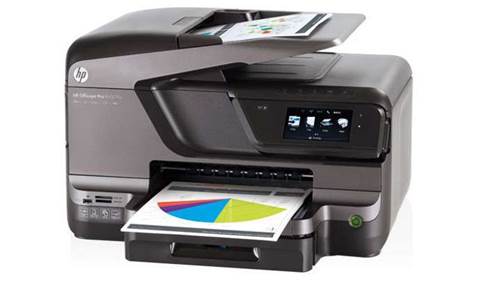 HP Inc chief operating officer Jon Flaxman has apologised to customers after the furore over an update issued earlier this month that blocked third-party cartridges in its HP OfficeJet, OfficeJet Pro and OfficeJet Pro X printers.

In a blog post, Flaxman wrote: "The most recent firmware update included a dynamic security feature that prevented some untested third-party cartridges that use cloned security chips from working, even if they had previously functioned.

"We should have done a better job of communicating about the authentication procedure to customers, and we apologise."

He downplayed the problem, saying that only a small number of customers had been affected. "It is important to understand that all third-party cartridges with original HP security chips continue to function properly."

HP will issue an optional firmware update that will remove the dynamic security feature. This update is expected to be ready in two weeks and customers can find details on this page.

This announcement came after the Electronic Frontier Foundation (EFF), a non-profit organisation for civil liberties in the digital world, hit out at HP for the "disguised update".

In a letter addressed to Dion Weisler, president and chief executive for HP Inc, EFF wrote that it was "alarmed" by the reports of HP printers locking when detecting unofficial cartridges, adding "this activation was disguised as a security update".

EFF explained its concerns and the steps HP should take to address this situation. According to EFF, "customers should choose HP ink because it is the best, not because their printer won't work with a competitor's brand".

David Dicker, chairman and chief executive of major HP distributor Dicker Data, said the vendor should be allowed to control its own products in any legal way it desires.

"Customers have every right to buy or to not buy HP products and the market will determine the result from any given HP strategy. A situation where a company is compelled to support the use of components in their products, which they themselves have not authorised, is a bad day for freedom of markets and freedom in general," said Dicker.

Head of Staples Australia technology solutions Karl Sice said: "Our customers appreciate HP’s commitment to innovation, focus on truly secure print solutions and have seen in recent times that accelerate under Dion’s leadership and it’s apparent to us that HP has its mojo back."