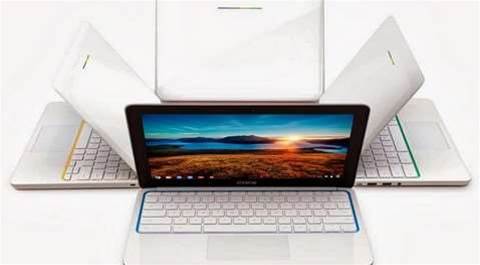 Google and Hewlett-Packard are recalling 145,000 power supply/ chargers for the HP Chromebook 11 in the wake of nine reports of the chargers "overheating and melting during use."

"There is one report of a small burn to a consumer and one report of minor property damage to a pillow from an overheating charger," according to a recall report from the US Consumer Product Safety Commission (CPSC), which lists Google as the "importer" of the product and HP as the "distributor."

The US CPSC, which listed the "hazard" as a charger that "can overheat and melt, posing fire and burn hazards," said consumers "should immediately stop using the recalled charger" and contact Google for a free replacement charger.

The charger involved in the recall has a 6-foot-long cord with a micro USB connector (Model no: MU15-N1052-A00S) and was manufactured in China.

Google and HP already had stopped selling the HP Chromebook 11, which was released in October on 13 November after reports surfaced of the overheating chargers. At that time, HP and Google said they were working with the US CPSC to "identify the appropriate corrective action."

In a blog post , HP apologised for the "inconvenience" the recall caused consumers. "Your safety is our top priority," HP said in the blog post. "With our partner Google, we are resuming sales of the HP Chromebook 11. All new packages will include the replacement charger."