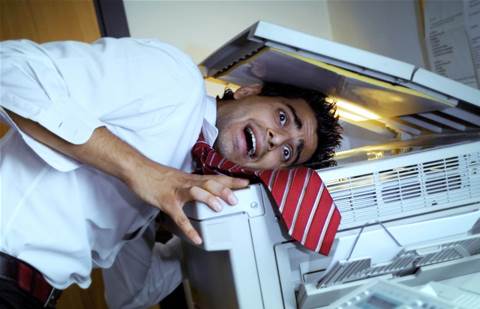 HP Inc. has confirmed reports that it had received a buyout proposal from Xerox and said in a statement Wednesday evening that it has had conversations with the company about “a potential business combination.”

“We have had conversations with Xerox Holdings Corporation from time to time about a potential business combination. We have considered, among other things, what would be required to merit a transaction,” the company said in the statement. “Most recently, we received a proposal transmitted yesterday.”

Both company’s share prices surged on news first reported by The Wall Street Journal that Xerox had offered to buy the company. Subsequent reports said the company offered HP less than US$23 a share - shares are 19.57 at the time of writing - in a cash-and-stock transaction that would be financed via a loan from Citi.

While Xerox has not commented on the deal, HP said it would “act in the best interest” of its shareholders.

“We have a record of taking action if there is a better path forward and will continue to act with deliberation, discipline and an eye towards what is in the best interest of all our shareholders,” the statement read.

HP said it has confidence in its multiyear strategy as well as its ability to “position the company for continued success in an evolving industry.” The company recently disclosed it was cutting between 7000 and 9000 jobs in an attempt to save US$1 billion by 2020. It also said it was overhauling how it priced its printers in the hopes of staving off competition from third-party ink and toner suppliers.

The market wasn’t the only place welcoming the news. A Xerox channel partner told CRN USA his phone was buzzing all morning with partners “excited” about a potential merger of the two powerhouse brands.

“It’s the copier king and the printer king combined. That’s a great thing,” Josh Justice, a Xerox Accredited Master Elite MPS Partner and owner of Just Tech, a US-based Xerox reseller. “I can tell you in all of my accounts that have multifunction copiers and printers, if they don’t have Xerox printers it’s most likely going to be HP printers. I see tremendous opportunity as a channel partner. I can tell you, partners have been calling and emailing all morning with excitement. Everyone is really excited.”

Meanwhile, Martin Wolf, president of martinwolf M&A Advisors, called it a case of “the minnow swallows the whale” given the fact that Xerox is about four times smaller than HP.

“While these types of deals are rare, they have happened,” he said in a statement. “While nobody has seen the letter or what the cash-and-stock split would be for the HP-Xerox deal, it’s likely Xerox would be the controlling shareholder and replace HP’s management team. It’s also not uncommon in cases like this that the larger company instead attempts to acquire the smaller company. If that were the case, it would more than likely be the Xerox management team that would be replaced.”

Grabbing the hybrid cloud opportunity with Lenovo and Azure Services
By O’Ryan Johnson
Nov 7 2019
10:39AM