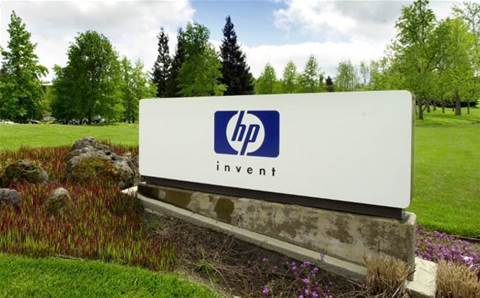 HP Thursday reported that its print supplies revenue dropped 7 percent during its fiscal third quarter of 2019, ended 31 July, compared with the same period a year earlier.

It marked the third consecutive quarter of declines in HP's supplies revenue, and showed a worsening from the previous two quarters. In the company’s first two quarters of fiscal 2019, HP had seen a year-over-year decline of 3 percent in its supplies business in each quarter.

"We have been aggressively addressing supplies, and we are making progress relative to the strategic and operational initiatives we outlined on prior earnings calls," Weisler said Thursday during HP's quarterly call with analysts. "Strategically we are growing our contractual businesses and adapting our business model."

In particular, with HP's push into the A3 device market, the company has been working to "build the right distribution and partners to penetrate the contractual office," Weisler said, saying the company is now up to 10 percent market share in A3.

"When you combine our A3 products, our technology, our channel and our overall capabilities—and you couple that with our market-leading A4 presence—we really have a very compelling and formidable portfolio," Weisler said. "Our largest strategy is to grow in contractual, and to evolve our business model into more services and solutions."

Separately, HP announced Thursday that Weisler will be stepping down as CEO as of 1 November and will be succeeded by Lores, president of Imaging, Printing and Solutions at the company.

HP executives have previously attributed the supplies drop to sales shifting online among commercial customers. Part of the issue is online competition from remanufactured cartridges and third-party alternatives, according to the company.

"We are now working with our channel partners to make sure that when they offer their own managed print service programs, they also include in the programs HP Original supplies," Lores said in the previous interview with CRN USA. "It's part of how we are defining the programs, to work with partners that are evolving into the contractual space."

During the quarterly call Thursday, Lores said the company has also been seeing the effects of an "economic slowdown" that is hurting HP's supplies business.

"And this is also having an impact, especially in the consumer side," he said.

The situation was brighter in personal systems, where revenue climbed 3 percent during HP's fiscal third quarter to US$9.69 billion. While notebook revenue was flat, revenue for desktops grew 8 percent and the workstation business was up 4 percent.

Overall, HP's revenue for its fiscal 2019 third quarter was up slightly, to US$14.6 billion, compared with US$14.59 billion during the same period the year before.