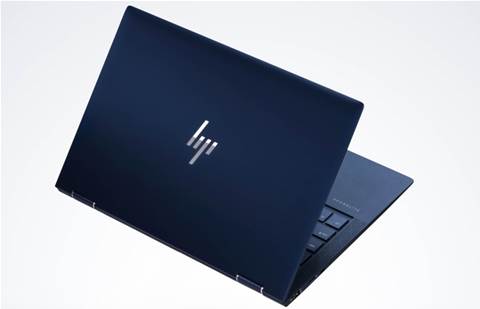 HP Inc. is continuing to push the evolution of its business notebook portfolio with the launch of a new convertible, the HP Elite Dragonfly, featuring a fresh design and enhanced performance.

What follows are five key things to know about the HP Elite Dragonfly.

HP is seeking to have the Elite Dragonfly stand out from the rest of its premium commercial notebook lineup with a new design, featuring a CNC-machined magnesium body and an iridescent "dragonfly blue" color.

The design also provides a high degree of portability: HP is touting the Elite Dragonfly as "the world’s lightest compact business convertible," with a starting weight of just under a kilogram. That's well below the weight of most HP Elite series notebooks, such as the EliteBook x360 1030 G6, which weighs 1.25kg.

Another standout feature of the Elite Dragonfly is its battery life, which HP says is the “world's longest” in a 13-inch business convertible.

The company promises up to 24.5 hours of battery life per charge on the notebook. Available battery capacities include a four-cell, 56.2 WHr battery, as well as a two-cell, 38 WHr battery.

On performance, the Elite Dragonfly offers choices of processors from Intel's eighth-generation "Whiskey Lake" series. The options top out at the Core i7-8565U (quad core, up to 4.8GHz) with Intel vPro technology. Configurations with Core i3 and i5 are available, as well.

The notebook is also "verified to the target specification and key experiences of Intel’s 'Project Athena' innovation program," HP noted in its press release.

Additionally, the Elite Dragonfly features Wi-Fi 6 connectivity along with optional gigabit-class LTE to enable workers to remain continually connected with the device. The notebook is "the world’s first business convertible with 4x4 LTE antennas," HP said.

The Elite Dragonfly includes a 13.3-inch convertible touch screen, with choices between FHD and 4K resolution. The display features durable Gorilla Glass 5 and an option for 1000 nits of brightness with the FHD model.

HP also says the keyboard has been redesigned for the Elite Dragonfly to eliminate clicking sounds. Meanwhile, the notebook includes a new touchpad with "ultra-smooth" performance, the company said.

Among the security capabilities included in the Elite Dragonfly is Sure Sense, HP's recently introduced security software that can block unheard-of malware using artificial intelligence. Sure Sense uses deep-learning technologies to learn what malware looks like and shut the threats down instantly, HP says.

Other key security features include Sure Recover, which allows an image to be restored even without internet connectivity, and an optional HP Sure View integrated privacy screen on the 1000-nit FHD model.

On pricing, HP disclosed that the Elite Dragonfly will have a starting price of $2699.

The device is expected to be available mid-November, HP said.