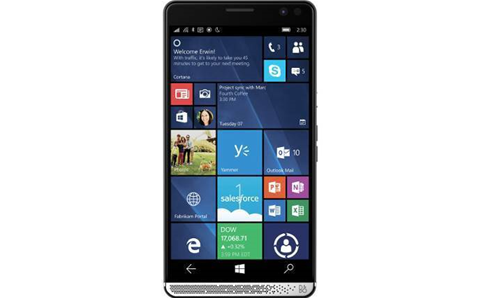 HP Inc will reportedly discontinue sales and support for its Elite X3 Windows 10 smartphone by the end of 2019.

HP's Europe, Middle East and Asia president Nick Lazaridis told The Register that the company would no longer work on development for Windows' mobile OS, despite having a full roadmap of devices in the works, spelling the end of the line.

"Microsoft, as all companies do, decided on a change in strategy and so they are less focused on what they thought they would be focused on today," Lazardis told The Register.

"Given that, we also had decided that without Microsoft's drive and support there it doesn't make sense. If the software, if the operating system ecosystem isn't there then we are not an operating system company."

An HP Australia spokesperson told CRN: "We will continue to fully support HP Elite X3 customers and partners through 2019 and evaluate our plans with Windows Mobile as Microsoft shares additional roadmap details. Sales of the HP Elite X3 continue and will be limited to inventories in country. HP remains committed to investing in mobility solutions and have some exciting offerings coming in 2018."

HP revealed the Elite X3 in February 2016 as the flagship device supporting Microsoft's Continuum, the technology that allows Windows 10 smartphones to run a full Windows desktop with Universal Apps.

According to The Register, Lazardis said there was not a large stockpile of devices within the channel, and their sales would be limited to customers with "large bids and opportunities".

A Microsoft spokesperson said: “We will continue to develop Windows 10 Mobile and support Lumia phones such as the Lumia 650, Lumia 950, and Lumia 950 XL as well as devices from our OEM partners.”

Updated at 11:38am 5 October to include comment from Microsoft.