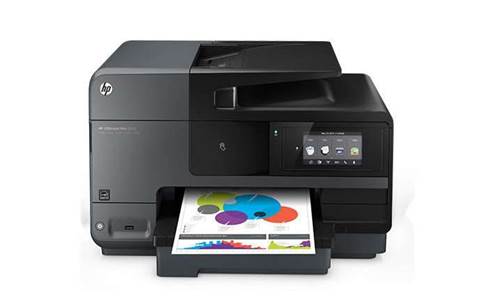 HP Inc partners have pushed back against the printing manufacturer's latest attempt to block customers from using third-party ink cartridges.

The problems started on 12 September, according to US-based aftermarket cartridge retailer LD Products, which published a statement that its call centre was "inundated with calls and emails from frustrated customers whose aftermarket ink cartridges were no longer working with certain HP printer".

Netherlands-based 123ink also blogged about the issues, saying that Officejet Pro printers had stopped working after a firmware update and slammed HP for a lack of clarity over the change, also reported by Wired.

According to Borg, companies are importing "almost perfect copies" of HP cartridges from China. Borg added that while these copies aren't great, they will work. "You can barely tell the difference".

He added that the technology contained in security chips could even block genuine cartridges from working, for example, an Australian-manufactured cartridge may be unusable in an European-manufactured printer.

Customers will try to circumvent the restrictions, said Borg. "I have never recommended re-inked product to customers but they keep trying and it damages a good printer."

HP Australia did not admit to any new strategy when approached by CRN, instead saying that in 2015 it implemented updates to the firmware related to the security chips of HP OfficeJet, OfficeJet Pro and OfficeJet Pro X printers, which maintain secure communications between the cartridge and the printer. This was done in order to protect the vendor's innovations and intellectual property, stated HP.

According to the vendor, the models will continue to work with refilled or remanufactured cartridges that contain an original HP security chip. "Other cartridges may not function. In many cases this functionality was installed in the HP printer and in some cases it has been implemented as part of an update to the printer’s firmware." 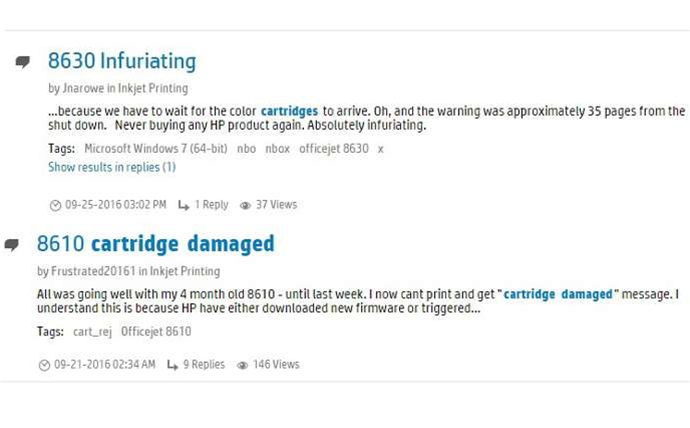 HP said that the firmware was part of the OfficeJet, OfficeJet Pro and OfficeJet Pro X printers and that a security update was included in a firmware update that was sent to customers who "either agreed to updates at the time of set-up or who accepted updates in subsequent communications".

The vendor said it does not prevent customers from printing with refilled or remanufactured ink cartridges using an Original HP security chip and that notifications and updates are "never" intended to impact remanufactured cartridges that were originally genuine or use its original chips.

"HP printers are designed to be compatible with refilled and remanufactured cartridges that use Original HP chips, and HP printers do not employ technology preventing their use," said HP.

"We don’t encourage our customers not to use refilled, [however] it is their choice completely. But we stand behind the fact that we only offer official products because we believe in the quality," said Williams.

CartridgesDirect is a HP gold partner and is the current HP supplies partner of the year and was also named HP Asia Pacific outstanding online partner in 2015.

Back in 2010, the printer giant won a patent battle against Print-Rite, a third=party ink cartridge manufacturer.

Earlier this month, HP announced the acquisitions of Samsung's printing business for US$1 billion with the hope to grow in the A3 space.