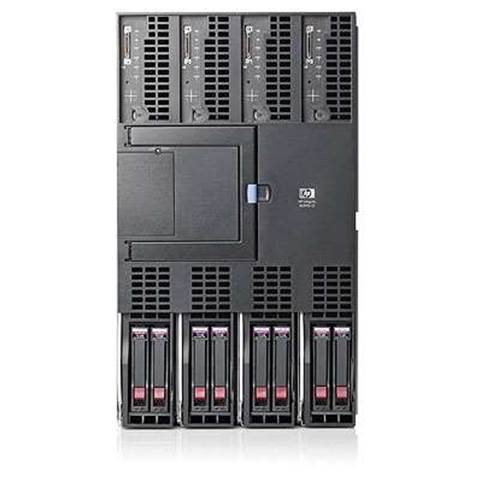 HP has updated its mission-critical Integrity systems with blade servers based on a new architecture, which can be mixed and matched with the firm's Proliant x86 blade infrastructure in order to reduce operating costs for Integrity customers.

Available from HP resellers on May 1 and priced from $5808, the new Integrity systems are also the first to use the latest incarnation of Intel's Itanium chips, the quad-core Itanium 9300 processor series, which launched in February.

The HP Integrity BL860c i2, BL870c i2 and BL890c i2 are two-socket, four-socket and eight-socket blades respectively, designed to fit into HP's Converged Infrastructure, which allows customers to mix and match the new blades within the same C-Series enclosures as HP's ProLiant and StorageWorks blades.

"In effect, we're basically bringing the volume economics of the industry-standard server platforms to the Integrity environments," said Rod Curry, director of business critical systems for HP UK and Ireland.

These Integrity blade systems also link up in a modular fashion, according to Curry, allowing customers to start with a two-socket system, then add extra units to make up to an eight-socket system using a technology called Blade Link to connect them together.

With the new architecture, HP is the only vendor delivering a unified blade platform that spans from x86 servers right up to HP Superdome 2, the company said.

"This is what converged infrastructure at HP is all about. We're taking our server portfolio end-to-end, storage and networking, and bringing it all together in one chassis with a single pane-of-glass management through HP Systems Insight Manager," said Tom Johnson, BCS Business Development Manager at HP.

HP is now the only major vendor left that supports the Itanium architecture, with both Intel and Microsoft claiming that the latest generation of x86 servers can deliver the scalability and reliability needed for mission-critical workloads.

However, HP denied that today's move marked the beginning of such a shift from itself, and said that the Itanium roadmap has "never been clearer" and that Intel's commitment is as strong as it ever has been.

"There is a roadmap with Intel that takes in another two generations of processors - Poulson and Kittson - the first to arrive in two years, and the next two years after that," said Curry.

The new Integrity systems feature a revised point release of the HP-UX 11 v3 operating system that adds support for the new platform and additional reliability, availability, and serviceability features.

Later this year, HP will also update its Superdome Integrity server family to use a bladed architecture. The Superdome 2, set to be available in the United States from August, uses the C9000 chassis and will scale from 16 up to 256 cores, the company said.

Also due later in the year is an entry-level 2U rack-mount Integrity server, the rx2800 i2.