HP issues recall for another 101,000 laptop batteries over fire hazard 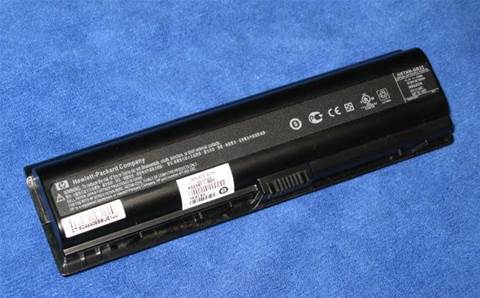 HP has extended a recall of its lithium-ion laptop batteries that could overheat, posing a fire hazard.

The US Consumer Product Safety Commission issued a statement saying that about 101,000 batteries sold with laptops between March 2013 and October 2016 could be affected.

HP issued a recall for 41,000 batteries in June 2016 that were used in the same laptop models but said that additional faulty units have since been discovered, the vendor said in a statement.

HP recommends that users cease using faulty batteries immediately, though laptops can still be used if they're plugged into AC power.

To help with the recall process, HP has released a Windows utility that allows customers to check if their battery is affected and order a replacement unit. Affected batteries have barcodes starting with 6BZLU, 6CGFK, 6CGFQ, 6CZMB, 6DEMA, 6DEMH, 6DGAL and 6EBVA.

"Because these batteries pose a fire and burn hazard, it is essential to recheck your battery, even if you did so previously and were informed that it was not affected. However, if you have already received a replacement battery, you are not affected by this expansion," HP said on its website.

HP isn't the first vendor forced to recall hazardous laptop batteries. In 2016, Toshiba, Panasonic and Sony were all pinned by the Australian Competition and Consumer Commission for faulty batteries that could cause fires.