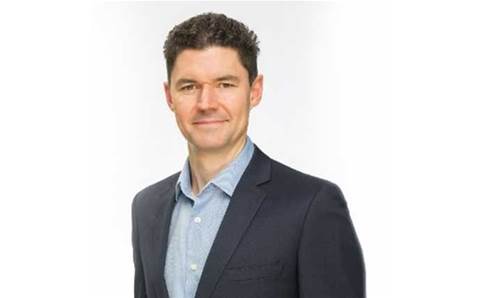 Boyle, who is currently HP's graphics solutions boss for Asia-Pacific and Japan, will take over from interim South Pacific managing director Paul Gracey in November.

Gracey has stood in as the regional leader since it was vacated by Rob Mesaros in May, but will resume leading HP's South Pacific printing systems business once Boyle commences.

“Mike is an effective leader with broad leadership experience, having spent over 20 years in the industry working in a variety of roles, and living and working across multiple regions including Europe, Asia and South Pacific,” a spokesperson for HP wrote in an announcement.

Boyle joined HP in 2015 from Canon Australia, where he had served as senior general manager since 2014. Prior to that, he was international marketing director at Oce, a Netherlands-based print vendor that Canon acquired in 2010.

Former ANZ boss Mesaros led HP’s ANZ region from 2015, moving into the role after about 10 years in various leadership positions across Hewlett-Packard’s Asia-Pacific region. He announced his new role in April.

"After 12 incredible years, the timing is right for me to start another chapter in my HP career,” he wrote on LinkedIn at the time. “I can think of no better opportunity than helping to drive the success of the 3D printing business in this region, and I’m excited to share that I will be taking on [my] new role.”