HP: No Time To Dialogue With Xerox During Pandemic 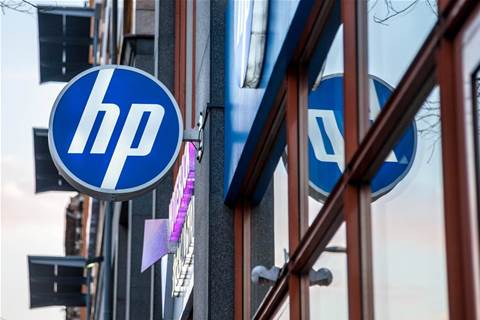 Amid the COVID-19 coronavirus pandemic, HP Inc. says that it cannot afford to divert attention in order to dialogue with Xerox, which has vowed to continue its hostile takeover bid.

Xerox said earlier this month that it is pausing its acquisition efforts in the wake of the coronavirus outbreak--which, among its many impacts, has led stock prices to plummet.

However, in a letter to shareholders that was posted online Wednesday, HP's leadership noted that Xerox has not dropped the bid altogether. Xerox “continues to advance its tender offer and its proposed slate of directors in an effort to force a combination,” HP said in the letter, signed by CEO Enrique Lores and Board Chairman Chip Bergh.

"It is important for shareholders to understand that, under these circumstances and consistent with our fiduciary duties, we believe that we should not divert valuable time, attention and resources to a dialogue with Xerox about its proposed transaction," HP said in the letter.

PC makers have seen a surge in demand amid the response to the coronavirus pandemic and the resulting increase in work-from-home deployments.

HP told shareholders that it is "committed to protecting your investment in HP," but that managing the impacts of the pandemic is the top priority right now.

"Our primary responsibility in this difficult period is to focus on HP’s business and address the needs of our ecosystem of stakeholders around the world, including our shareholders, our millions of customers, our 250,000 partners, and our team of approximately 55,000 employees," HP's leadership said in the letter.

"We are actively managing many challenges, including assuring the health and safety of our people, addressing supply chain disruptions, monitoring and addressing our customers’ liquidity needs and, more broadly, ensuring HP is well-positioned to support people working remotely,” the company said.

As for the Xerox proposal, "any complex, large-scale, highly leveraged transaction in the current economic environment could be disastrous for HP, its shareholders and our entire ecosystem," HP said. "While we remain open-minded about M&A as a tool to add value for HP shareholders at the right time and on the right terms – it’s abundantly clear that now is not that time."

HP reiterated in its letter Wednesday that "we believe the Xerox proposal fundamentally undervalues HP, threatens the future of both companies, and creates an unacceptable level of risk to both HP and Xerox shareholders."

Despite being the far smaller of the two companies, Xerox has been seeking to absorb HP in order to bring together the largest players in the copier and printer markets, at a time when the industry is waning.

Earlier this month, Xerox reaffirmed that it is offering $24 per share in its tender offer for HP, through a combination of $18.40 per share in cash along with Xerox stock.

Eliminating departmental friction within MSPs
By Kyle Alspach
Mar 26 2020
10:17AM