HP ousts UXC with world-first Shoretel rollout for the Salvos 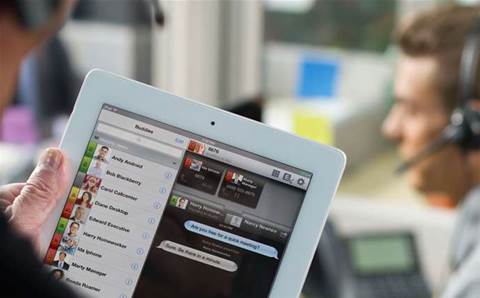 Hewlett-Packard will deploy more than 1,700 Shoretel IP telephony handsets to 60 sites for the Salvation Army.

The deal follows HP becoming a direct reseller for Shoretel in the region under its Champion Partner Program. This means HP can now sell bundle, sell, implement and support Shoretel directly, rather than relying on its own channel.

The signing is the first such partnership between the two in the world, and opens up yet another avenue of competition for HP with rival Cisco and other UC vendors.

Shoretel is hoping HP can help it take on the larger UC vendors in the midmarket, said its Australia and New Zealand managing director Jamie Romanin.

“[HP] allows us to more aggressively to play in that mid-market space where the bigger vendors have had a foothold for many, many years,” he told CRN. “It allows us to open the door and get in front of these clients.”

In the case of the Salvation Army rollout, Shoretel will be replacing a UXC-hosted telephony solution which included Alcatel-Lucent technology. Shoretel Unified Communications, Enterprise Contact Center and Mobility will be rolled out.

The project covers Queensland, ACT and NSW, including the new Sydney headquarters that will consolidate up to ten offices, which the charity will move into in September.

The contract came about with the expiry of the charity’s existing hosted IP telephony contract with Integ/UXC in 2014. The winner had to be able to integrate a unified communications and contact centre solution with IBM Notes.

The new deployment will include an active/active dual data centre configuration, with one data centre in Sydney and the other in Brisbane. The rollout covers headquarters, branch offices, contact centre, retail stores and aged care facility requirements.