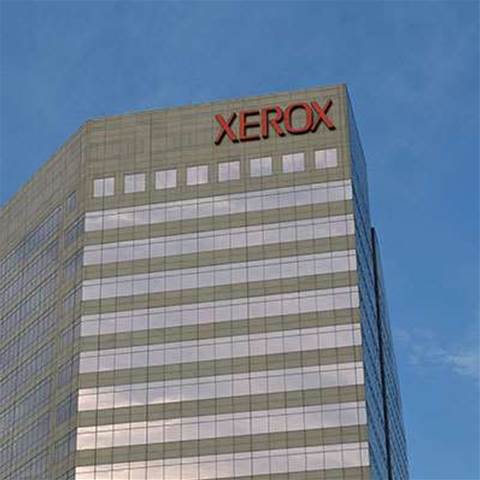 The saga of Xerox's hostile bid to acquire HP Inc. appears to be at an end after five dramatic months, which a number of HP partners are welcoming as a relief.

Citing the COVID-19 pandemic and the "resulting macroeconomic and market turmoil," Xerox said Tuesday it is withdrawing its tender offer for HP shares and will not pursue the nomination of its candidates to HP's board of directors.

"This is the nail in the coffin for Xerox’s hostile bid for HP," said Harry Zarek, president and CEO of Richmond Hill, Ontario-based Compugen.

The move came after Xerox's share price plummeted amid the global spread of the coronavirus in recent weeks. Xerox’s proposed US$34.9 billion cash-and-stock deal for HP was pegged to a Xerox stock price of US$37.68 a share from Feb. 6. Xerox's shares closed at US$18.94 Tuesday, and were down to US$17.59 a share Wednesday.

HP's board had repeatedly rejected the takeover deal since it was first proposed by Xerox in early November. The two companies took part in an unusually public back-and-forth over the deal over the course of the ensuing five months.

HP possesses far stronger channel maturity than Xerox does, and also generates far more of its revenue from personal systems rather than from print, said Zarek, whose company is a major HP partner and ranks at No. 57 on the 2019 CRN Solution Provider 500. While a giant in the copier market, Xerox has no PC business—and partners had long questioned the idea of Xerox taking over the world's second-largest PC company.

Zarek told CRN that he's glad that HP can now be rid of the distraction that Xerox's hostile takeover bid had created.

"Anytime executives are distracted from running the business, that's a problem," he said. "They can now focus on responding to the changing economic environment."

At another major HP partner, Cleveland-based MCPc, CEO Andy Jones said that it's "good to have finality and closure" from the end of the Xerox bid.

"It's been a distraction to the organization—to HP as a whole. And, frankly, to their partners," Jones said. "These are not conversations we want to have with HP. We want to talk about the future and vision and direction—and new product development, market needs and things like that—not whether they're going to be acquired, and what that might mean."

Ultimately, HP “seems to have hit their stride the last couple of years. They’ve had more swagger in their step and more focus on what they're trying to accomplish," Jones said. "Any acquisition like that tends to derail those efforts. It takes energy away from forward motions."

Among the potential effects of a Xerox takeover might have been a reduction in innovation at HP, which has been a strength of the company in recent years, Jones said.

"Anytime an organization acquires another organization, there's an effort to figure out how to monetize that acquisition. And sometimes R&D suffers as a result of that," he said.

Even apart from the coronavirus and its impacts on the economy, Xerox had "a bit of an uphill battle" to acquire HP, a company several times larger than Xerox by revenue and market capitalization, said Juan Fernandez, vice president of managed IT services at Oklahoma City, Okla.-based ImageNet Consulting.

Fernandez said he is glad to see this outcome, given the "fear of the unknown" about what Xerox ownership would mean for HP—particularly its growing personal systems business.

"We've got a commitment in our partnership with HP and they deliver a high-quality product [on the personal systems] side that we really stand behind," Fernandez said. "I was concerned, because if Xerox did take over, what's going to happen to that product that is a big part of our business? ... I just didn't want to see HP a Xerox company. I really appreciate that HP held out."

Xerox did not immediately respond to a request for comment Wednesday.

In a statement Tuesday responding to Xerox’s decision, HP did not specifically comment on Xerox’s actions during the takeover attempt. But HP did say it “would like to thank our shareholders, partners, customers and employees for their input and continued support through this process.”

Going forward, Xerox "now is facing a print business that will be under very high stress. With most employees working at home, they don’t have the ability to print documents," Zarek said. "The high-volume print business in the office is not happening. This is an acceleration of the move to digitization and the need for Xerox to redefine its business model."