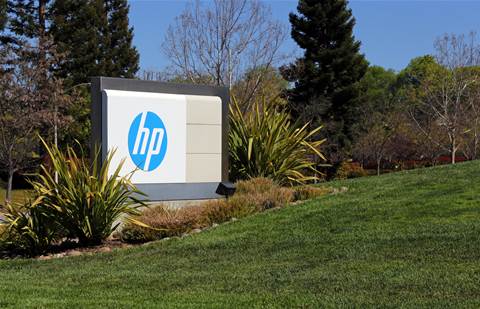 HP Inc. continued the trend of strong earnings results with its Q1 2022 report showing an 8.8 percent year-over-year revenue spike with US$17 billion in sales – mostly from its personal systems side of the ledger.

While the pandemic has contributed to much of that growth with PC demand at all-time highs in the education and business sectors, HP CEO Enrique Lores believes the industry should be able to at least sustain the ballooned market size, if not the wild growth rate.

“We think it’s going to stay in this new market size for the foreseeable future,” Lores said during a call with reporters and analysts. “This is driven by how the new role that PCs play with people working, playing, entertaining, gaming… The hybrid world that we all are in now has made PC essential. This is why we think the new market size is going to be sustainable.”

“For PCs, the backlog has reduced with the progress we have made in the supply chain,” Lores said.

Where PCs lifted the company’s fortunes, the print portion of sales dragged – showing a 4 percent decline in year-over-year results, to US$4.8 billion in sales. “In the case of print, backlog has grown as a consequence of the supply chain challenges we’ve seen,” Lores said. “There are two things impacting us in print: The location of the factories and the location of the suppliers. Many of them are in southeast Asia. Factories there were closed between the summer and early December. And now we are seeing that impact in the shipments.”

Lores said chip shortages were also hurting the print side the business, since HP designs its own ASIC chips to work specifically with its printers’ unique functions. If those chips cannot be delivered, a quick replacement is not possible.

Lores said the company was surprised by the growth in the commercial side of PC sales and attributes that to some companies returning to at least a hybrid office experience. “We saw stronger growth in commercial. As companies reopen, they are investing in providing a better experience to their employees,” he said.

That’s good news for channel partners focusing on B2B sales. “We are a channel-oriented company,” Lores told CRN US in the call. “We do the majority of our business in the channel and this is not going to change.”

Lores also addressed the recent departure of Christophe Schell as the company’s chief commercial officer. Longtime HP veteran Luciana Broggi was named acting chief commercial officer. “(Channel partners) have worked with (Broggi) for many years,” he said. “She had been designing and driving the channel strategies that we have been executing during the last month. Channel partners should not see any change in strategy. They were very pleased to see Luciana taking the job.”

Lores also had advice for channel partners as they continue to face an uncertain supply chain. “We need to work closer together to simplify the portfolio, making sure that we concentrate in those areas where both we have supply, or they tell us where we need to look for supply,” he said.

Mike Turicchi, vice president at Gainesville, Va.-based NCS Technologies, said the results definitely mirror what his company has seen over the last two years. “We’ve seen a real boon to our business,” he said. “We were expecting to see that taper off as the pandemic eased up, but there’s still strong demand.”

Turicchi said much of NCS Technologies’ business comes from the government sector and he still sees a strong interest in the hybrid workplace approach. “I don’t think we expect to go back to a traditional office experience. We think this will continue.”

Grow your software revenue by selling these 5 affordable, essential tools for the modern workplace
By Shane Snider
Mar 2 2022
6:55AM