HP puts 3D printing stake in the ground for 2016 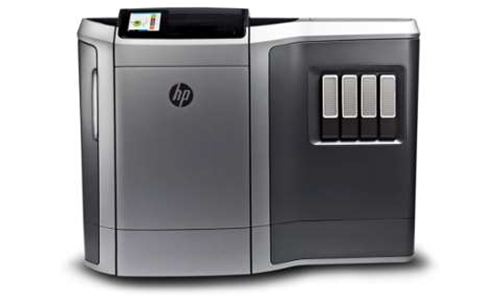 Hewlett-Packard Wednesday put a stake in the ground with its Multi Jet Fusion 3D printing technology, promising to deliver an end-to-end HP 3D printing system in 2016.

HP said it expects to bring 10 times faster 3D printing speeds at higher levels of part quality and reliability - along with breakthrough economics - when it brings the Multi Jet Fusion 3D printing technology to market.

"We don't feel we are missing anything by not being in the market for the next year," said Ramon Pastor, vice president and general manager of large-format printing at HP. "We are going to unlock the things that are not letting the market develop, which is speed and economics. By no means are we late to the market."

Pastor said he expects HP to reduce current state-of-the-art 3D printing time from 12 to 22 hours to just one hour.

"This is a total revolution," he said. "By moving from 12 hours to one hour you can do many more parts per shift and do it much faster. You can churn a part in one hour vs delivering it in one day or two days."

Pastor said he sees HP driving a major expansion of the 3D market when it enters the game in 2016 with a centralised printing service bureau offensive.

"We see huge growth," he said. "We believe that we can make it a bigger size with our entrance into the market."

Wohlers Associates, a US market research firm, estimates the 3D printing market will grow from about US$1 billion in 2013 to US$8 billion in 2020.

"This is the first time we have done a technology announcement well before we have the product,” said Pastor. “For the 21st century, we need to innovate in a new way. The closed system is not the way to go. We are leveraging the innovation and entrepreneurship of many people."

Shapeways, the leading 3D printing service bureau in New York, is one of the service bureaus HP is working with to develop the Multi Jet Fusion 3D technology.

"By working with Shapeways, we are testing the parameters of the product," Pastor said.