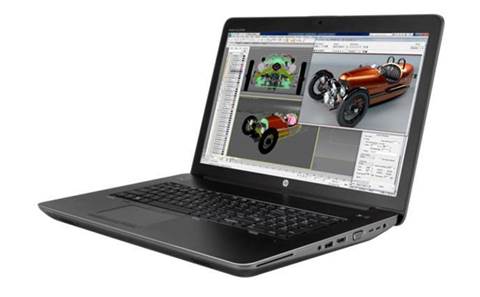 HP Thursday said it was recalling approximately 50,000 lithium-ion batteries for 11 laptop models due to a potential for the batteries to overheat and catch fire.

The batteries in question are embedded in the PCs and are not easily removable. As a result, HP is planning to send technicians to customer sites to replace the affected batteries at no charge.

According to Mike Nash, HP's vice president of customer experience for personal systems, 0.1 percent of HP's PCs sold between December 2015 and December 2017 are affected by the recall.

"Because these are embedded batteries, customers will be guided to our website to learn and check if their battery is affected, and therefore should be replaced," Nash told CRN USA.

For customers with affected systems, "a battery will be promptly shipped to the customer, and HP will send a service technician on site to replace the battery", he said.

Users will also be directed to install a BIOS update that will deplete the battery down to a safe level, and users will be able to continue using their PC connected to a power charger.

The affected PCs include commercial and consumer notebooks, as well as mobile workstations. The manufacturer of the affected batteries and the estimated total number of affected PCs are not being disclosed by HP.

Nash said he expects that solution providers will arrange the battery replacements for customers in many cases.

"Solution providers can act on [customers'] behalf for sure," he said.

HP is working with the US Consumer Product Safety Commission on the recall. There has not yet been any notice by the ACCC's Product Safety Australia.

HP has received a total of eight reports of batteries that overheated, melted or charred, according to the Consumer Product Safety Commission. There had been one report of an injury – a first-degree burn to the hand – and about US$4,500 in propery damage.

A year ago, HP expanded a recall of notebook batteries for several models to cover 101,000 batteries, up from 41,000 batteries that were recalled in June 2016. In that situation, which covered PCs sold between 2013 and 2016, replacement batteries were provided to customers.