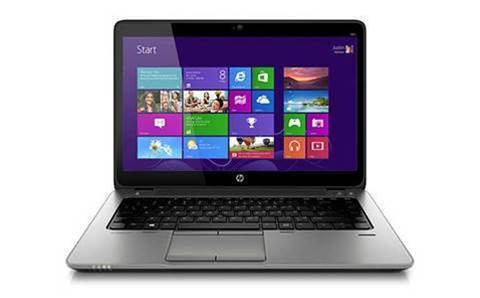 Among the first PCs to get Sure Sense are four notebooks in HP's EliteBook 800 series, which is targeted at mainstream corporate workers.

HP unveiled Sure Sense in March during the HP Reinvent 2019 global partner conference in Houston.

The debut of Sure Sense comes as existing cybersecurity offerings are having trouble keeping up with the vast amount of malware being created, said Andy Rhodes, global head for commercial personal systems at HP, in a previous interview with CRN USA.

"One small breach can be catastrophic. You've sort of got to fight fire with fire," Rhodes said. "Malware is being created with AI, so you need to attack it with AI."

Sure Sense uses deep-learning technologies to learn what malware looks like and shut the threats down instantly, according to HP. While traditional antivirus stops known malware by using malware signatures that have been previously registered, the deep-learning engine in Sure Sense can block even unknown malware by figuring out the attributes of malware and then spotting those attributes in near-real-time.

HP says Sure Sense is a lightweight agent that is installed notebooks, and is "over 99 percent effective for catching malware."

Sure Sense builds on HP's efforts to secure its PC portfolio against a variety of cybersecurity threats, including BIOS attacks (with Sure Start), browser malware (with Sure Click) and visual hacking (with Sure View).

Other enhancements available in some of the new EliteBook 800 models include a privacy shutter on touch display models, outdoor viewable displays (with up to 1000 nits of brightness) and improved battery life with up to 18 hours on a charge.

The notebooks will include eighth-gen Intel Core “Whiskey Lake” processors with vPro and FHD displays, while some models will be configurable with a UHD/4K display and discrete AMD Radeon graphics, according to HP.

The new EliteBook 800 notebooks will also include connectivity improvements such as gigabit-class 4G LTE, WiFi 6 connectivity (up to 3X faster than the previous WiFi standard) and extended-range LAN, with up to 2X the typical range, HP said.

Grabbing the hybrid cloud opportunity with Lenovo and Azure Services
By Kyle Alspach
Apr 17 2019
11:04AM