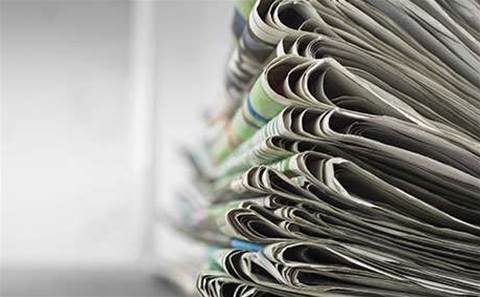 Hewlett-Packard is urging customers to dump IBM and jump to an HP partner in the wake of the angst caused by IBM's decision to sell off its x86 server business to Lenovo.

The latest shot in HP's Project Smart Choice – aimed at winning over IBM customers and partners – is a full-page advertisement in Thursday's New York Times (PDF) with a call to action pointing to IBM's uncertain partner relationships in the wake of the proposed $2.3 billion sale of its x86 server business to Lenovo in January. 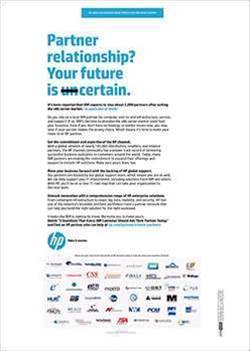 "Do you rely on a local IBM partner for compute, end to end infrastructure, service, and support?" the ad asks.

"If so, IBM's decision to abandon the x86 server market could hurt your business. Even if you don't have technology or vendor issues now, you may later if your partner makes the wrong choice. Which means it's time to make your move to an HP Partner."

The New York Times ad is a watershed moment in HP's drive to aggressively drive demand to its top solution providers. In fact, HP is aggressively promoting 48 of its top North American Platinum partners in the ad, featuring partner logos with an invitation to customers to watch "Five Questions That Every IBM Customer Should Ask Their Partners Today" and find an HP partner who can help at hp.com/go/smartchoice-partners."

That move to drive demand to partners is part of a sweeping HP campaign to accelerate sales growth by aligning tightly with partners. HP, in fact, has implemented a major marketing overhaul aimed at letting partners leverage the $112 billion computer giant's marketing machine.

Chris Ogburn, HP's vice president of worldwide marketing, told CRN US that the ad promoting partners is the first of a new wave of aggressive HP marketing initiatives aimed at driving demand specifically to solution providers.

"One of the things you are going to start seeing us do a more effective job of going forward is giving more visibility in the marketplace to our partners, especially our highest-tier Platinum-level partners," said Ogburn.

"We are looking for ways as we move into the next fiscal year to get much more active driving visibility for those partners making the biggest investments and bets on HP."