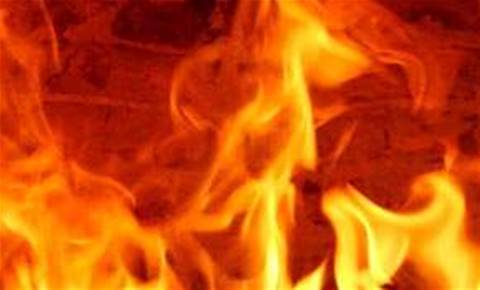 HP has settled a long-running case over claims it knew thousands of laptop batteries were a fire risk long before disclosing the problem.

The vendor agreed to pay the US Consumer Product Safety Commission a settlement fee of $US405,000.

However, the settlement was not an admission of guilt as HP continued to deny the Commission's claims against it.

The Commission alleged that HP was aware of 22 incidents caused by overheating lithium ion battery packs in September 2007.

The incidents allegedly affected a range of laptops sold between 2004 and 2006 in the US and resulted in two injuries, including one person who was hospitalised.

The Commission also alleged that HP had conducted a study into the batteries between March and April 2007, but only notified the agency in October 2008 - by which time the number of incidents had risen to 31.

An initial recall of 32,000 battery packs was finally issued that month.

Since then HP's battery recalls have ballooned to hundreds of thousands. Last year the computing giant recalled a further 162,000 batteries after discovering more computer models were affected than initially thought, preceded by recalls of 54,000 batteries in 2010 and 70,000 the year prior.

Not all of the Commission's executives were happy with the civil settlement agreed with HP.

Commissioner Robert Adler [pdf] voted against settling the matter, believing the penalty was too small for a company the size of HP.

"I voted to reject the HP agreement because I do not believe that it effectuates the main purposes of seeking a civil penalty," he said.

"Although the number of incidents and injuries associated with the battery packs thankfully appears small, that seems totally related to luck and not to the actual hazard associated with products that pose a fire and burn hazard to consumers.

"Such a small penalty rewards good luck rather than demonstrates a small risk. Unfortunately, I fear it will be interpreted as the latter."

The Commission's chairman Inez Tenenbaum voted in favour of the settlement [pdf], but "not without significant reservation", agreeing in part that "many" of Adler's concerns were "very valid".

However, Tenenbaum noted that the case pre-dated beefed up powers granted to the Commission in 2008 that enabled it to seek larger civil penalties.

The HP settlement was negotiated under the old penalty regime. The settlement text can be found here [pdf].