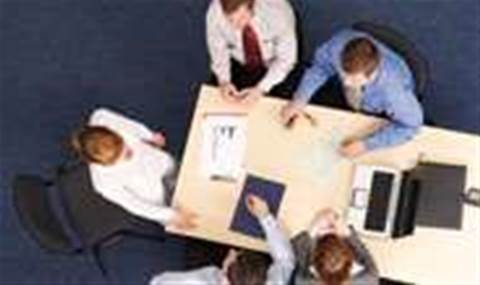 A group representing large HP shareholders is mounting an effort to shake up HP's board leadership, appoint a new external auditor and investigate why the EDS and Autonomy acquisitions bombed so badly.

Change to Win (CtW), an association of labor unions, is leading the call for change at HP. CtW's investment division, which oversees pension funds for some 6 million CtW members, is pointing the finger squarely at Ernst & Young, which has served as HP's independent auditing firm since 2000.

In a letter dated Jan. 17, Richard Clayton, research director at the CtW Investment Group, called into question the accuracy of the auditing work Ernst & Young has performed for HP during their 13-year relationship.

HP's $US8 billion write-down last August from its 2008 EDS acquisition shows that Ernst & Young didn't provide an accurate picture of what was really going on in that business, perhaps because it wanted to avoid damaging other aspects of its relationship with HP, Clayton suggested in the letter.

"Given that the EDS transaction was perhaps the signature strategic move by then-CEO Mark Hurd, we are gravely concerned that Ernst & Young chose to overlook questionable reviews of the goodwill associated with this acquisition in order to ensure a lucrative business arrangement," Clayton said in the letter.

CtW is calling for HP to conduct a "genuinely independent investigation" into the EDS deal and HP's disastrous $US11.1 billion acquisition of Autonomy, from which HP wrote down $US8.8 billion in November. HP is claiming that $US5.5 billion of that figure is due to shady accounting practices on Autonomy's part, and the matter is currently under investigation by US and UK authorities.

Clayton also notes that corruption investigations in Russia and Germany have led to the indictment of four people, including one current and two former HP employees, might have been prevented with more vigilant auditing. The CtW group is calling on HP to immediately begin looking for a new external auditor to replace Ernst & Young.

"Unfortunately, the highly-conflicted, decade-long relationship between Ernst & Young and HP cannot provide shareholders with the reassurance they need," reads the letter.

If HP doesn't replace Ernst & Young, CtW says it will oppose the re-appointment of G. Kennedy Thompson, chairman of the Audit Committee of the Board Of Directors, when HP holds its annual re-election meeting with shareholders next month.

The CtW letter originally called on HP to overhaul its board of directors and replace Ernst & Young by February 1. On Monday, HP chairman Ray Lane and other HP directors met with CtW members to discuss the group's concerns, according to reports.