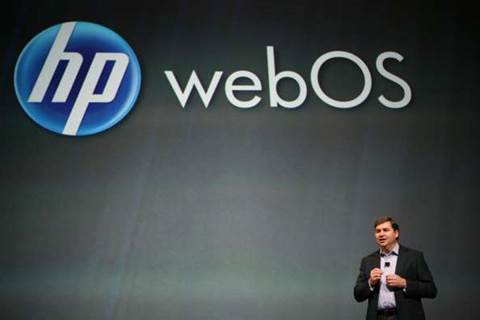 HP will spin off its WebOS unit into a separate company called Gram, marking the most recent in a series of twists and turns that have dominated the HP-WebOS plot line.

The new organisation, which will act as a wholly owned subsidiary of HP, will encompass the entirety of the WebOS software and cloud services team, along with all resources related to Enyo, the WebOS application framework for developers, according to a leaked internal memo from HP Vice President Martin Risau.

Gram, which carries the tagline "Potent. Light. Nimble. At the core of all things big and small," will focus entirely on software and solutions, a move HP hopes will squash any remaining notions of it being a strictly hardware-focused company.

"We are no longer a consumer hardware brand, we are a different company with focus on software, user experience, cloud, engineering and partnering," Risau, who helms the WebOS team, wrote in the memo. "This change in identity will take some getting used to and that’s normal."

HP confirmed to CRN that the leaked memo is authentic. A public timeline for Gram's rollout has not been disclosed.

News of a WebOS spin-off is dropping just weeks before the mobile OS, which fell under the HP umbrella when HP acquired Palm in July 2010, is slated to become an open source product.

HP first announced its plans to release an open-sourced version of the software in January, in a bid to make WebOS a more serious contender to Android, Google's homegrown open-sourced OS for smartphones and tablets.

HP also confirmed an open source WebOS version is still on track to launch in September.

The formation of Gram also marks the most recent in a series of changes HP has made to its WebOS business unit over the past two years.

In August 2011, HP announced it was discontinuing its WebOS-based TouchPad tablet -- just six weeks after its launch -- after it failed to compete against the iPad and other Android-based rivals. HP also stopped all development for WebOS-based devices at that time.

HP'S WebOS team has been dwindling steadily for months, with some of the unit's top sales and engineering staff jumping ship to Intel and Apple.

In January, HP CEO Meg Whitman told CRN that Open WebOS would have "huge advantages" over iOS and Android when it launches next month. Other open-sourced operating systems, however, such as the Intel-Nokia brainchild MeeGo, have flopped, as developers continue to flock to Android and iOS.

Cloud application revenue made easy
By Kristin Bent
Aug 16 2012
8:04AM