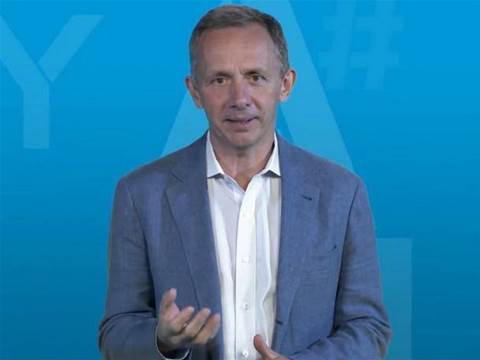 HP Inc. continued to see major demand from businesses for commercial PCs during its latest quarter as workers returned to the office, but component shortages held back growth in the segment, HP CEO Enrique Lores said.

While HP’s commercial PC business had resumed growth in its previous quarter—for the first time during the pandemic—revenue for the business fell 1 percent during the company’s third fiscal quarter, ended July 31, HP reported Thursday.

The reversal is due to the shortages on a wide range of components used in PCs, and the commercial PC business would “absolutely” have seen significant growth if not for the constraints, Lores said.

“When we look at our backlog, commercial now represents more than 60 percent of the backlog and was the category that grew the fastest,” Lores said during a call with reporters and analysts.

“And in that commercial number, I’m not including Chromebooks. So I’m really talking about demand from SMBs, demand from enterprise, demand from commercial customers. Really, the market is behaving as we were expecting.”

HP has begun to see an increase of demand from commercial customers as offices reopen, and the demand is at the level that HP had been expected previously, he said.

Ultimately, in the commercial PC segment, “demand is very strong,” he said. “And this will continue to be an opportunity not only for us but also for all of our channel partners that are seeing the same needs from their customers.”

Overall HP personal systems revenue during the quarter was US$10.41 billion, up slightly from the same period a year earlier, when revenue was US$10.36 billion. Sales of notebook units rose 2 percent, while desktop units dropped by 7 percent, year-over-year.

The shortages that are constraining PC supplies are not only on processors, Lores noted. Other components such as WiFi controllers and codecs—which “have never been an issue” in the past—are now also seeing constraints, he said.

Shortages are expected to remain an issue into 2022, but HP is also taking several steps to improve its access to components, Lores said. “We clearly have some areas where we need to improve operationally” in that regard, he said during the company’s quarterly call with analysts on Thursday.

HP is also beginning to design its products so that more devices use the same components—optimizing the efficiency of components usage—rather than having so many devices that use unique components, Lores said.

Additionally, HP has deployed a new ERP system to optimize its ordering for components, which should also help improve components access, he said.

Disruptions to supply chains and surging demand for devices during the pandemic has constrained components supplies throughout the industry.

The PC market will still see significant growth for 2021 as a whole, but the growth will be slower than previously expected due to component shortages, research firm IDC reported this week.

IDC revised its worldwide PC forecast for 2021 down to growth of 14.2 percent, year over year. That’s compared to the prior forecast of 18.1 percent growth for the market this year, which the research firm had issued in May

Overall for HP’s fiscal third quarter, revenue climbed 7 percent to US$15.29 billion, from US$14.29 billion during the same period a year ago.

HP’s stock price declined 1.7 percent, to US$28.60 a share, in after-hours trading Thursday.