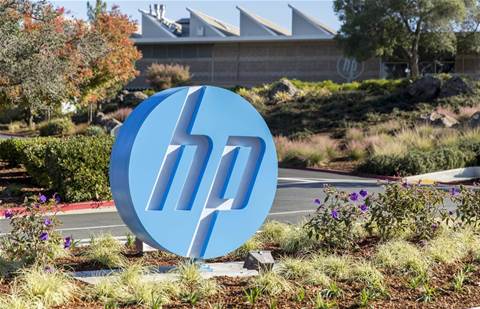 HP Inc. is planning to launch a new commercial organisation on 1 November 2019 that will be led by its first-ever chief commercial officer, HP veteran Christoph Schell, in a move to simplify the company's operating model and enable working more closely with partners, top HP executives told CRN USA.

Incoming HP CEO Enrique Lores and Schell spoke with CRN USA about the plans, which will include the launch of a new global organisational structure along with enhanced tools for channel partners.

HP’s new commercial organisation will see the company shifting from a three-region organisational structure to a set of 10 geographic markets, which will each be led by a newly appointed managing director who will report to Schell. The PC and printer giant currently splits its organisation between the Americas region, the EMEA region and the Asia Pacific and Japan region.

For the new North America segment that will include the US and Canada, HP is promoting Americas channel chief Stephanie Dismore to serve as the managing director, effective 1 November, Schell said.

Schell himself will be moving to the chief commercial officer position from his current role as president of 3-D printing and manufacturing at HP, which he has held for the past year. Previously, Schell, who has been with HP for more than two decades, had served as president for the Americas business at HP.

Lores—president of Imaging, Printing and Solutions at HP—is taking over as the company's CEO when Dion Weisler steps down on 1 November, as announced last week.

Meanwhile, HP on Wednesday is also announcing a successor to Lores as president of the printing business. Tuan Tran, general manager and global head of office printing solutions at HP, will be moving up to become HP's president of Imaging, Printing and Solutions as of 1 November.

Lores told CRN USA that the new organisational structure had been in the works for some time now and was planned regardless of the decision by Weisler, who is stepping down as CEO due to a family health matter.

"We are embarking on a multi-year transformation," Lores said in the interview. "Some key elements of the transformation are the need to simplify our operating model, to simplify how we work and to become more digitally enabled—while at the same time evolving our business models, so we can deliver a better value proposition to our customers."

What HP is aiming to create is "a very consistent way of how we are going to market," Schell said.

"Any inconsistency immediately creates a disconnect in value proposition to our customers. And our partners have been at the receiving end when there were inconsistencies in the past," Schell said. "So I really believe this is going to make it much more transparent, and much more consistent to work with HP."

HP's expansion from transactional sales to contractual deals such as managed print services and Device-as-a-Service is another impetus for the new operating model, which should help to "make the whole engagement smarter" in contractual, Schell said.

"That will help us to pivot to contractual engagements much faster," he said.

The HP executives said they do not expect a major disruption to partners from the rollout of the new organisational structure. In particular, channel-facing roles are expected to remain intact, the executives said.

"We are trying to keep the disruption at a partner and customer engagement level to an absolute minimum," Schell said.

While some personnel reductions are planned for HP as the company looks to reduce costs, as previously disclosed, the cuts will involve back-office positions, the executives said.

"As we go through this change, we are going to protect all the customer- and partner-facing people. Because we think that to continue to grow, we need those people," Lores said. "These are areas where we need to protect."

Ultimately, "we're not changing the way we run our businesses. So the metrics will stay the same," Schell said.

Improving pricing consistency from country to country is one area of focus, Schell and Lores said.

"What you will see us invest into is really getting an idea of how to monitor pricing at a very sophisticated level, and how to make sure that we give and provide tools to those partners that are investing with us," Schell said. "So it is, for me, a correlation between access to tools and the certifications that a partner has—the commitment that the partner has with HP."

For partners that are doing business across multiple countries, "this change will help them to have a more consistent approach with HP and simplify what it means to do business with us," Lores said.

Over time, partners will benefit from "a faster approach on how to deal with HP—an approach that is more digitally informed—at the same collaboration levels that we have today. But we need to evolve our go to market," he said.

As for the appointment of Dismore to head the North American geographic market, Lores said Dismore will be a "very important champion" for the channel in the new role. A successor to Dismore as HP's channel chief in North America is not being named yet.

Tran, meanwhile, has been with HP since 1991 and held a wide variety of roles, Lores said.

"He has run the consumer, the commercial business [in print]. He actually invented Instant Ink. He has been managing partner print services in the last year. He was instrumental in the Samsung acquisition, in the Apogee acquisition," Lores said. "I think it's going to be extremely good for Tuan and also for the partners, because he's very well known by all our channel community in the U.S. and outside the U.S."