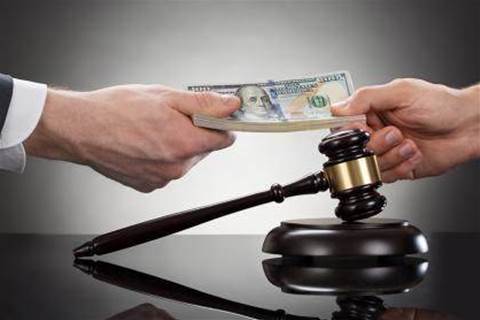 HP Inc. has agreed to pay US$6 million to settle charges levied by the U.S Securities and Exchange Commission that the company misled investors by failing to disclose the impact of sales practices undertaken to meet quarterly sales and earnings targets.

The SEC determined that the tech firm violated the anti-fraud, reporting and disclosure controls provisions of the federal securities laws.

From early 2015 through mid-2016, in an effort to meet quarterly sales targets, HP regional managers used incentives to accelerate or “pull-in” to the current quarter sales of printing supplies that they otherwise expected would materialize in subsequent quarters, according to the SEC order disclosed today.

“The order further finds that, in an effort to meet revenue and earnings targets, managers in one HP region sold printing supplies at substantial discounts to resellers known to sell HP products outside of the resellers‘ designated territories, in violation of HP policy and distributor agreements,” the SEC said.

“The order finds that HP failed to disclose known trends and uncertainties associated with these sales practices. The order further finds that HP failed to disclose that its internal channel inventory ranges, which it described in quarterly earnings calls, included only channel inventory held by channel partners to which HP sold directly and not by channel partners further down the distribution chain, thereby disclosing only a partial and incomplete picture of HP’s channel health.”

HP altered its go-to-market model in part to address the undisclosed sales practices and undertook a channel inventory reduction that reduced its net revenue by about US$450 million in the third and fourth quarters of 2016, according to the SEC.

“Investors are entitled to accurate disclosures of business trends that are likely to have a material impact on a company’s future revenues or operating profits,” said Melissa Hodgman, an associate director in the SEC’s Division of Enforcement. ”HP’s failure to disclose the foreseeable negative impact of its use of pull-ins and other sales practices created a misleading and incomplete picture of the company’s financial condition.”

HP consented to a cease-and-desist order and to pay a US$6 million penalty without admitting or denying the SEC‘s findings, the SEC said.