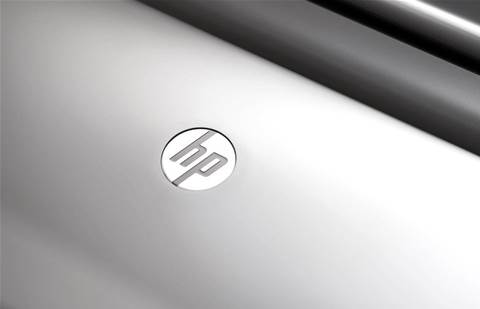 A longtime tenet of HP Inc.'s business model is set to change, with the company planning to cut back on offering subsidized printers.

HP has long offered printers at a discount to customers, with the expectation of selling them high-margin supplies for use in those printers.

However, HP has seen a downturn in its printer supplies business in recent quarters—due in part to competition from third-party supplies manufacturers. That's now leading the company to re-evaluate its strategy for both its commercial and consumer print businesses.

HP said it plans to begin phasing out its discounts for printer models that are capable of using non-HP supplies. Thus, customers will still have an option to buy HP printers that can use third-party supplies, but those printers will come with a higher price tag.

Meanwhile, the company said it will continue to subsidize the sale of models that only work with HP-branded supplies.

"We are challenging the status quo and making bold moves to pivot our transactional business to provide greater choice," said incoming HP CEO Enrique Lores during the company's Securities Analyst Meeting on Thursday.

The forthcoming change will only apply to HP's transactional business—meaning it won't impact contractual managed print services for channel partners.

The change is not rolling out immediately, Lores noted.

"This is not something that's going to happen in one week, it's not happening in one year. It's a multiple-year program," he said.

In tandem with the shift on the transactional model, HP is "accelerating the transition into services," Lores added.

Lores, HP's current printing business president, will become its CEO as of Nov. 1, taking over as Dion Weisler steps down. Lores will be succeeded in the printing chief role by longtime HP executive Tuan Tran.

Along with buying discounted printers that only work with HP-branded supplies, "customers can pay for the full value of the HP printer up front, gaining the flexibility for supplies," Tran said during the company’s analyst meeting. "This is like buying an unlocked cell phone and then choosing your own wireless carrier. In these cases, customers can enjoy HP's superior printing hardware, but obviously take risk if they choose alternative supplies."

In this model, "we rebalance the system profitability by monetizing innovation through increased hardware prices," he said.

HP understands that the transition will “take time” and could include trade-offs in market share and hardware growth in order to “maximize long-term progress," Tran said. “We're going to end up with a more balanced systems model.”

Moving forward, “we'll begin to systematically increase hardware prices that move towards this model,” Tran said. “As a result, supplies—while still very, very, very important to us—will no longer be the singular metric to determine our progress."

Analyst Toni Sacconaghi of Bernstein Research wrote in a note to investors that "we applaud HP for acknowledging the challenges in its printing business and taking decisive action."

Still, "the business model change is uncertain to succeed, and fraught with risk," Sacconaghi wrote—including the risk that "competitors will not follow, leaving HP as a relatively high priced player."

With the restructuring, HP plans to reduce its total headcount by up to 16 percent—or approximately 7,000 to 9,000 job cuts—between now and the end of its fiscal year 2022, which runs through the end of October 2022. The reductions will include both layoffs and voluntary early retirements.

Lores said that cutbacks will be "mostly in the back-end operations," rather than in partner-facing or customer-facing roles. The cost savings will help HP to invest in new digital capabilities to improve the way the company does business, he said.

"As you can imagine, this is one of the toughest decisions any company makes. But it's absolutely necessary for HP's future," Lores said during a call with reporters and analysts. "We will be really putting the company, from a cost perspective, in the right position."

With the restructuring, "we're not talking about a company in crisis," said Patrick Moorhead, president and principal analyst at Moor Insights and Strategy, in an email to CRN.

"HP is very profitable and is throwing off an incredible amount of cash," he said. "These changes are designed to get ahead of the curve and find the funds to invest in developing software and services."

Grab the MSP security opportunity
By Kyle Alspach
Oct 8 2019
6:01AM