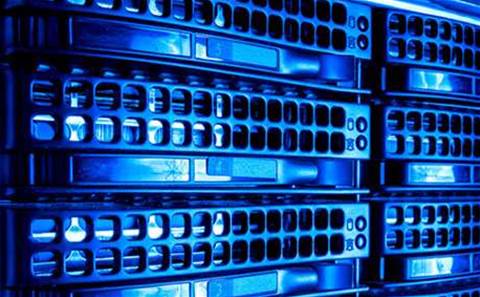 IDC's quarterly server market share numbers do not look positive, but solution providers remain upbeat that 2014 will be a year of growth as more server demands move to the cloud and data centres.

The sagging server market is a result of both weak demand for Unix servers and a double-digit decline in sales of midrange and high-end systems, a segment that experienced 17.8 percent to 22.5 percent revenue declines respectively, the market research firm said.

HP regained the top spot, according to IDC, thanks to improved demand for x86-based ProLiant servers. "[HP CEO] Meg Whitman's restructuring of HP has made a big impact on the company's ability to increase its server business," said Jed Scaramella, research manager in the enterprise server group at IDC. HP is two years into a five-year turnaround plan to get costs in line with sales, he said.

Poor quarterly performance at IBM is blamed on weak demand for Unix servers. "Unix servers experienced a revenue decline of 31.3 percent year-over-year to $1.3 billion, representing 11.1 percent of quarterly server revenue for the quarter. This was the lowest quarterly Unix server revenue ever," according to the IDC report.

Scaramella said that IBM's heavy presence in the Unix market contributed to its quarterly decline, but added that this was an off year for the Unix refresh cycle. Companies are expected to replace Unix servers in early 2014, which could give IBM a lift, he said. On the bright side, sales of IBM's System z mainframes, running IBM's proprietary z/OS, actually grew for a fourth consecutive quarter, with sales of those systems making up some 6.8 percent of all server revenue for Big Blue in the third quarter.

Proprietary Unix and mainframe servers have been on the decline over the past several years, replaced by Linux server demand, IDC said.

Meanwhile, the Linux server market is solidly on the rise, with demand up 5.6 percent year-over-year, according to IDC. Linux servers now represent 28 percent of all server revenue, up 2.5 points when compared with the third quarter of 2012. Driving that growth, IDC said, are cloud infrastructure deployments.

The march to the cloud, said IDC, is at the heart of server growth. "Server applications are shifting more and more server demand into cloud service provider data centers, which is opening up new market opportunity for both ODMs and Chinese OEMs."

Original design manufacturers server makers -- such as Quanta Computer, Wistron Group and Compal Electronics -- saw demand grow 45.2 percent year-over-year, according to IDC. It also reported that 9.6 percent of ODM direct server revenue was generated in the US in the quarter primarily through sales to Google, Amazon, Facebook and Rackspace.