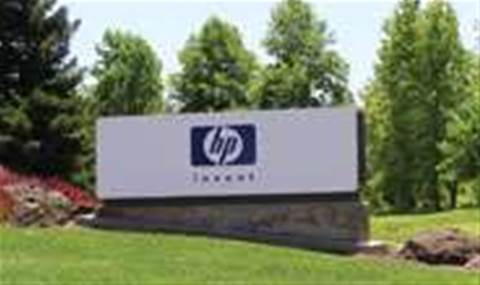 The program, dubbed HP ExpertOne and formally announced at Interop NYC, will address those HP partners looking to help fulfill the company's converged infrastructure vision -- that is, the intersection of networking, storage, servers, software and PCs to drive the enterprise data centers of the future.

Data centre solutions training, HP argues, can't be product- or segment-specific any longer, because the solutions themselves aren't in silos, they're converged.

"The change is quite rapid and requires IT professionals who understand how to architect and implement converged infrastructure," said Lyle Speirs, director, sales and marketing, Global Certification and Learning, HP.

ExpertOne, which HP has been rolling out to partners over the past six months, will be delivered by more than 150 independent learning centres and academic institutions around the world, and its courses can be taken online or in-person.

Partners with existing HP certifications in particular areas -- storage, for example, or networking -- will see those certifications transitioned into HP ExpertOne, according to Speirs. HP will also continue to invest market development funds in helping partners achieve certifications.

Next: First Up: The Networking Piece

The first announced piece of ExpertOne is the HP ExpertOne Network Certification portfolio, which includes 14 certifications across five skill levels, and is intended for partners who want to build converged networks, Speirs explained.

Partners seeking HP ExpertOne Networking certifications can be fast-tracked through different training areas depending on where their expertise lies already. A partner proficient in HP storage and servers, for example, wouldn't have to train in those areas as he looks to add networking competencies.

The training, according to HP, also reflects HP's role as one of many vendors that play a role in data center architecture. "These are open, multivendor environments," Speirs said. "It is a multi-vendor world."

"It includes not only the technical side of the job role, but also the totally unique business technology and process competency role," Speirs explained. "Not only are we looking at a board exam that says you have to understand how to analyse and recommend and design a converged infrastructure solution, but we also want to ensure we can measure the ROI on that for the enterprise."

In addition to thee ExpertONE certifications, HP has launched what it's calling Open Standards Network Planning and Migration Services, a consulting program offered through its HP Technology Services unit.

HP has been working with its top 400 partners on the ExpertOne rollout, and additional certifications and program enhancements will come later, according to Mike Galane, senior director, ESSN Channel Marketing and Strategy, Americas, at HP.

The networking piece is only the beginning, in other words.

"ExpertOne is the umbrella, if you will, for what we're going to be working on here," Galane said. "There will be many more announcements coming. It's not a bunch of silos anymore, and it's really about pulling all of the pieces together. Networking is what the first round of excitement will be."