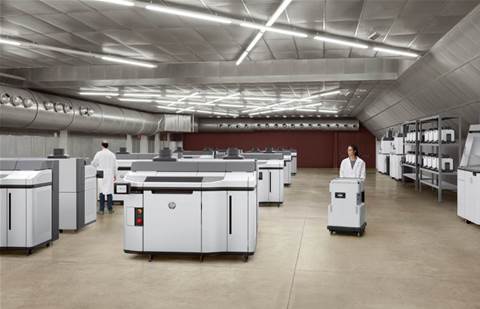 HP has debuted a new 3D printing system aimed at customers seeking to do volume production of plastic parts, which the company says includes major advances in accuracy and economics.

HP has also unveiled a metal 3D printing system, the MetalJet, although it won't be released until 2020.

The Jet Fusion 5200, on the other hand, is available now. The new 3D printing system will be available through HP channel partners and will fall under the existing Jet Fusion channel program, the company said.

The 5200 is ideal for manufacturing environments that are producing more than 200 parts per week, HP said.

Advantages of the Jet Fusion 5200 Series include accuracy and repeatability comparable to that of injection moulding, along with the use of machine learning for improved process controls, Pastor said.

The fact that the 5200 Series is "incredibly accurate" is among the most crucial advances, Moon said.

"No other printer on the market can achieve this kind of accuracy," Moon said. “So it's a big deal, especially for people doing precision production.”

The Jet Fusion 4200 has been generating solid sales at ImageNet, Moon said, and he expects to see strong demand for the 5200, as well.

Along with the Jet Fusion 5200 3D printer, the system works with a separate build unit, cooling unit and processing station.

The Jet Fusion 5200 Series will be available in several models—the 5200, 5210 and 5210 Pro—depending on what level of production is sought, Pastor said.

HP is not releasing pricing information for the Jet Fusion because it will vary significantly by geography and how many build units are included, Pastor said. But the system will offer "breakthrough economics" when it comes to manufacturing, he said.

HP is also introducing new materials that will be available for printing with the Jet Fusion 5200, including a thermoplastic polyurethane developed by BASF, which is aimed at producing flexible and elastic parts.

Grabbing the hybrid cloud opportunity with Lenovo and Azure Services
By Kyle Alspach
May 10 2019
10:57AM