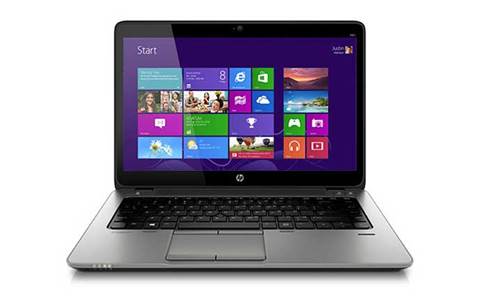 HP is bringing a range of high-end productivity and security features from its premium commercial notebooks into its mainstream commercial EliteBook 800 lineup, offering many of HP's recent PC innovations to the general workforce for the first time.

A popular choice for corporate workers, the EliteBook 800 has been HP's best-selling notebook series, according to the company. With the fifth-generation refresh of the EliteBook 800 series, HP said the notebooks would be getting many of the premium features that were part of HP's EliteBook 1000 devices from 2017, such as the EliteBook x360 models.

Feature enhancements for the EliteBook 800 models will include brighter displays, improved portability, dedicated collaboration keys (such as for launching videoconferences) and advanced security capabilities.

"We wanted to take innovations that we built for the top of our line, and expand them broadly through the mainstream segments so we can hit the larger workforce," said Alex Cho, vice president and general manager of commercial PCs at HP, in an interview with CRN USA.

Amid predictions that the PC is on its last legs, "we've shown there's innovation in this category, there's excitement in this category," Cho said. "And as we build that into the broad mainstream portfolio, it just scales. Where there are energy and innovation, that is reinvigorating the category as a whole. Partners want to participate in an ecosystem that is innovating and refreshing and adding more value."

Additionally, HP announced a refresh of its entry-level ZBook mobile workstations to include enhancements such as a thinner body and faster storage. The two new ZBook models—the 14-inch ZBook 14u and the 15.6-inch ZBook 15u—will be priced in the US$1100 range.

The company also unveiled a second-generation Thunderbolt Dock with a reimagined design, connectivity to numerous ports including USB-A and display ports, and an audio conferencing option. Pricing was not disclosed for the HP Thunderbolt Dock G2, which will be available in May.

For the EliteBook 800 refresh, key upgrades include displays that reach up to 400 units of brightness and can automatically adjust to changes in light conditions. The displays come in touchscreen and non-touch variations and feature slimmer bezels and Corning Gorilla Glass 3 for durability. The notebooks also feature strong performance thanks to available quad-core, eighth-generation Intel Core processors and optional discrete AMD Radeon graphics.

In terms of portability improvements, the EliteBook 840 G5 measures 0.70 inches thick, compared to 0.74 inches in the fourth generation. That makes it the thinnest 14-inch business notebook with an eighth-gen Intel processor and discrete graphics on the market, according to HP. The EliteBook 800 models will come with a full aluminum cover, as well.

New security capabilities available in the EliteBook 800 series include HP Sure Run, which helps to maintain and protect firewalls, and HP Sure Recover, which can detect if an image has been tampered with and recreate the original image without IT support.

HP is also bringing its second-generation integrated privacy screen, Sure View, to the EliteBook 800 lineup, and adding an integrated webcam shutter as well. Those security features are included alongside capabilities such as HP's self-healing BIOS technology, Sure Start, which is now in its fourth generation.

On collaboration, along with dedicated keys for video and audio conferencing in the new notebook series, HP is providing noise-canceling microphones that are "world-facing," meaning that they are tuned to do better at picking up voices on conference calls. The company is also making available its PhoneWise functionality, which enables users to respond to calls and text messages using the notebook itself.

HP is capping off its new product rollouts with a range of new displays. They are a 27-inch 4K EliteDisplay (US$549) and three new 4K Z Displays (priced between US$559 and US$899).