HP: we did not secretly install spyware on PCs 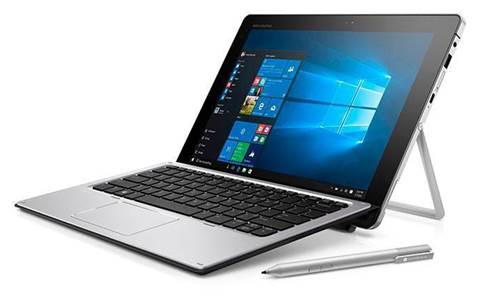 A top executive for HP Inc has denied media reports that a software update on some PCs secretly installed a "spyware" program that transmits usage data to HP without permission.

Mike Nash, HP's vice president of customer experience for personal systems, said Wednesday that the software, HP Touchpoint Analytics, has actually been around for several years – and that users must opt in to enable any sharing of usage data with HP.

"There are some very specific definitions of spyware, and what spyware does, and this is not that," Nash said in an interview with CRN USA.

The media reports had alleged HP was installing spyware on some PCs. Users, including some who posted on HP's support message board, complained that HP Touchpoint Analytics had been installed without their permission.

HP Touchpoint Analytics is part of the HP Support Assistant, a troubleshooting application that's built into both consumer and commercial PCs from HP.

HP Touchpoint Analytics was first introduced in 2014 and did get updated recently, according to HP.

"We update it, like anything else, to improve what it can do and the performance. But it's not a new thing," Nash said.

HP Touchpoint Analytics collects diagnostic data on hardware and software usage, and HP does have an interest in receiving the data to help with improving the user experience on PCs, Nash said.

However, during setup for the HP Support Assistant, users are specifically asked for permission before any data is shared, he said.

It's not a matter of users agreeing to the fine print, either, Nash said. During the interview with CRN USA, he read aloud the language that HP uses for the question: "Help improve HP product quality by sharing your usage of HP and non-HP software and hardware."

In addition, in the event that customers approve the sending of usage data back to HP, "we use it in an anonymous way," Nash added.

Nash said that "making sure that people have great trust in the hardware and software that we ship is such a huge priority. This is a big deal that we take super seriously, and we have a lot of people in different functions that are really focused on customer privacy.

Messages on the HP support site also attributed computer slowdowns to HP Touchpoint Analytics. Nash said nothing has changed with the latest update to the software that would cause a slowdown, however.

"There's nothing about this that should be using up the [resources] we look at -- battery, CPU, memory, disk. There's nothing that changed there," he said. "But again, if a customer called saying that they had a problem, we'd certainly investigate it."

Eliminating departmental friction within MSPs
By Kyle Alspach
Nov 30 2017
7:37AM