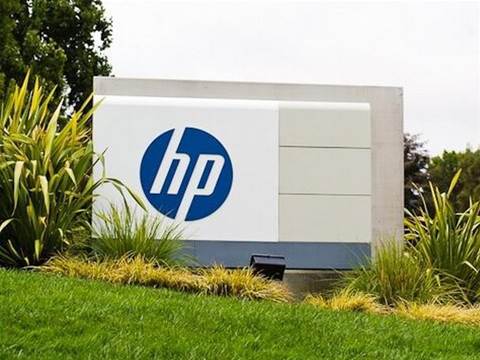 HP Inc. is working to meet the surging demand for PCs as offices re-open, but partners should expect a similar level of constraints on PC supplies to continue in the coming quarters, HP CEO Enrique Lores told CRN US.

“We are doing anything we can to get as many components and to increase our capacity, as much as possible. Because we understand that customers are not happy with [partners] not being able to supply [PCs],” Lores said in an interview Friday.

With demand remaining massive for PCs and key components in short supply, HP has a backlog of orders equal to an entire quarter’s worth of PC sales, Lores said – or a roughly US$10 billion backlog.

That was approximately the size of the company’s PC backlog at the end of its fiscal third quarter, ended July 31, and Lores said that the backlog size will likely be unchanged as of the close of HP’s current quarter in late October – even with the new measures the company is taking to address the issue.

“I think we are going to see a gradual impact of the actions we are taking. We don’t think this is going to flip and immediately we will be able to address the huge demand that we see,” Lores said. “But you will see a gradual improvement over the next quarters.”

About 60 percent of the backlog is for commercial PCs, he said.

At one solution provider that works with HP as its primary PC vendor, there is typically now a wait of three to six months for PC orders, said the CEO of the solution provider, who asked to not be identified. That’s in contrast to the typical one-week wait for PCs prior to the pandemic, the CEO said.

“It’s just crazy,” the solution provider CEO said. “There is pent-up demand from customers because things are now starting to get more back to normal. They’re wanting to spend some money [on PCs]. And we can’t take it from them.”

Since many customers don’t want to wait months to get their new PCs, the solution provider is frequently “in a scramble to find whatever we can,” the CEO said. In some cases, that has meant buying Lenovo or Dell PCs that were available.

Lower-priced PCs are especially hard to come by, the solution provider CEO said.

Among solution providers, “all of the community is pretty frustrated with the supply chain issues,” the CEO said.

The industry-wide constraints are due both to shortages on components such as semiconductors along with severe disruption in the supply chain, including massive congestion in ports such as Los Angeles.

During HP’s fiscal Q3, revenue in its personal systems business was flat year-over-year despite the soaring demand for PCs. Laptops have seen the highest demand.

“It’s important that our partners know that we are doing anything we can to improve availability and to get as many components as we need,” Lores said. “We are working with suppliers to get long-term agreements, we are improving our processes, we’re simplifying our portfolio. And all these things will have an impact in us being able to provide more products to our customers.”

HP has also begun to design its products so that more devices use the same components – optimising the efficiency of components usage – rather than having so many devices that use unique components, Lores said in August.

Additionally, HP has deployed a new ERP system to optimise its ordering for components, which should also help improve components access, he said.

In an interview with CRN US on Friday, HP chief commercial officer Christoph Schell said the company is “learning every day how to operate better in a supply-constrained environment.”

“That doesn’t mean that the supply constraint will go away. We’re just getting better at managing it,” Schell said. “When we give you an outlook on, ‘we think this particular product will ship in X days’ – we’re getting more accurate there.”

When it comes to the component shortages, the largest issue right now is around integrated circuits (ICs), which are “a bit like oxygen” in the tech and automotive worlds, he said.

ICs are used in “the mobile phone industry, the IT industry across pretty much all the categories there, the server business and storage business,” Schell said. “Automotive is a huge, huge customer for ICs—in particular as they are migrating from combustion engines to electric vehicles. An electric vehicle uses a lot more ICs.”

As a result, “demand is up across all of these categories. And so there’s a capacity challenge,” he said. “And at the same time, while everybody’s trying to bring capacity up, you have certain countries being impacted again, on and off, by COVID. And so it is a very volatile situation.”

On the demand side of the equation, Lores said that the reopening of offices has led to increased PC orders from businesses. Many companies have decided they want to “offer a better experience” to employees who are returning to work, he said.

“In many cases, companies didn’t invest in these categories” during the pandemic, Lores said. “So now, they realize they need to renew the equipment for their employees.”

Additionally, many businesses are also now seeking to equip employees with two devices – one for the home and one for the office, Lores said.

Meanwhile, as the overall size of the PC market has expanded, “there is more replenishment as well,” he said. “So there are many factors that continue to contribute to the very strong demand.”

The supply constraints also loom large as Microsoft and PC makers prepare to launch the Windows 11 operating system on October 5.

The supply issues could impact the Windows 11 rollout, Lores acknowledged.

“It’s going to put a limit on how many PCs will be available,” he said. “But there will be enough [PCs] for it to be a successful launch.”

Looking ahead, Lores said that while a number of factors are difficult to forecast around, “No. 1 is demand.”

“If demand continues to be that strong, then the delta between demand and supply will continue,” Lores said—noting that demand for components is coming from phones, cars and healthcare in addition to PCs.

“There is so much demand for [key components]. And that I think is going to continue and stay with us for some time,” he said.

Jennifer Zarate contributed to this article.