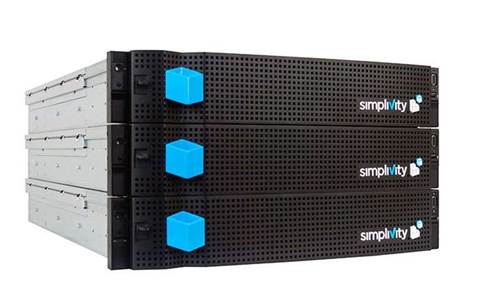 “We’re reshaping the HCI market with InfoSight on SimpliVity,” he said. “This is a new generation of HCI that goes beyond software defined. It is all AI driven.”

The new offering provides partners with an opportunity to get customers to “rethink” what HCI can do for them, said Wang.“This is about changing the whole customer experience,” he said. “People don’t like managing infrastructure. We give them AI and analytics and make it easy for them.”

HPE announced the InfoSight addition to SimpliVity on Monday along with one click cluster upgrades for the platform and the integration of HPE StoreOnce and HPE Nimble Storage dHCI, a disaggregated HCI platform.

HPE partners say InfoSight- which HPE acquired as part of its Nimble flash storage acquisition in 2017- has given the company a leadership position in the AI based infrastructure and autonomous data center market.

HPE maintains the software predicts and resolves 86 percent of storage issues proactively. InfoSight, in fact, is at the heart of HPE’s breakthrough Primera intelligent data platform.

InfoSight provides detailed insights on virtual machine performance – a major competitive advantage given the predominance of VMware in corporate IT environments.

The SimpliVity-InfoSight combination comes even as VMware at its VMworld show in August gave the first previews of its own AI based platform referred to as Project Magna for vSAN. VMware,however, has not given a date on when the new AI self tuning and optimization capabilities will be available for customers.

InfoSight fills a “huge hole” for enterprise customers who are tired of reacting to one infrastructure application issue after another, said Wang. “Customers are constantly having to make trade off decisions on efficiency, performance and resilency. This is a way to help our customers get rid of the bottlenecks and assure their (IT) environment runs optimally.”

HPE has been amassed a massive AI knowledge base with InfoSight over the last decade with 1250 trillion data points across VMware virtual machine environment across storage, compute and integrated systems, said Wang. “We see this as a perpetual competitive advantage that we are going to continue to build out,” he said. “This is the industry’s most advanced and most experienced AI.”

HPE InfoSight is available immediately for all SimpliVity customers who have a current HPE services agreement. That is virtually the complete installed base of 8,000 SimpliVity systems, said Chuck Wood, product marketing manager for HPE SimpliVIty.”It’s a large installed base spanning the globe and it’s growing quickly,”he said.

The tight integration with SimpliVity has taken more than two years of deep development, said Wood. “It did take a lot for us to integrate this with SimpliVity,” he said. “Remember our software stack is powerful. We put this instrumentation and telemetry into our stack. That is what took the time. This was non trivial to do.”

HPE made a significant investment to in the SimpliVity InfoSight integration and the software as a service portal that provides data insights to customers and partners, said Wood.

“It’s a game changer,” he said. “VMware – with all due respect - is just getting started with Project Magna. We have it now. It is available, battle hardened and proven with thousands of deployments and trillions of telemetry objects that we monitor.”