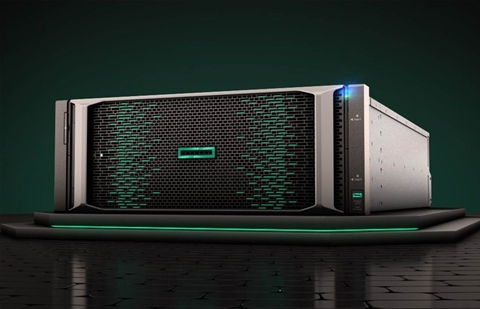 HPE’s storage range is very broad. There’s Nimble at the low-end, 3Par at the top, StorVirtual for those who are over dedicated arrays, StorOnce backup appliances, and SimpliVity hyperconverged storage too.

So why has the company created yet another brand, the “Primera” range revealed last month at HPE Discover?

The answer is simple: NVMe.

Non-Volatile Memory Express (NVMe) matters in storage because it allows data to flow across parallel channels. The CPU gets more data to work on, from more disks!

Which is just what end-customers want in these days of big data and analytics everywhere.

HPE looked at its current storage range and concluded that the work required to make them enviable NVMe performers was so substantial it would be better off creating a new range.

That new range of devices is Primera.

So where does Primera fit? As explained to CRN by Paul Haverfield, HPE’s chief technologist and presales mamager for hybrid IT across APAC, it’s the company’s tier zero product because it guarantees one hundred percent data availability. 3Par, which still has a long and useful life ahead of it, offers a mere six nines.

“From a channel perspective we expect it to be easy to take on VMAX refresh opportunities with Primera,” he said, referring to Dell EMC’s top-end storage array.

Primera comes in three variants, a two-node model 630 , and a two-or-four-node model 650 and 670. There’s all-flash or hybrid models across the range.

Product ships as of 1 August.

Primera will stand alone in HPE’s range. Haverfield said the application-specific integrated circuits and software than let it handle NVMe-driven data torrents won’t trickle down to other HPE storage products.

“The software changes on the Primera OS are so drastic that the OS is not being back-ported,” he said. “We think it is justified to draw a line in the sand.”