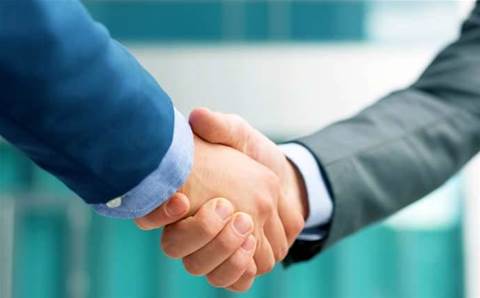 Nutanix has added HPE to its collection of friendly clouds and server-makers.

One is the same kind of deal Nutanix has with Dell and Lenovo – Nutanix software on an OEM’s servers. Nutanix and HPE haven’t done this officially before, but in the near future ProLiant and Apollo servers will be in the mix.

The other mode is more interesting, as it will make Nutanix’s wares available through HPE’s GreenLake IT-as-a-service platform. Customers will therefore have the option of an HPE-managed hybrid cloud, running Nutanix.

Both companies have said lovely things about each other in their canned statements about the deal.

But neither has mentioned the fact that this is a big deal for Nutanix, because Dell's vXrail relies on VMware and Lenovo lacks a hyperconverged stack. But HPE has its own hyperconverged offerings. Three of them, in fact: the company’s main play is SimpliVity, which it acquired for US$650m in 2017. HPE also offers StorVirtual (formerly known as LeftHand) which has more of a software-defined storage slant, and the company is also rather fond of Azure Stack.

The hyperconverged and hybrid cloud markets are both growing fast. But for HPE to add Nutanix to its mix surely suggests it would be missing out if it didn’t team with the upstart.

The announcement is marketechture for now.

“We are a few months away from having products to sell,” Nutanix’s ANZ Channel lead Andrew Diamond told CRN, adding that it will be deep into the second half of the year before it’s worth doing the rounds of the channel to explain the new offering.