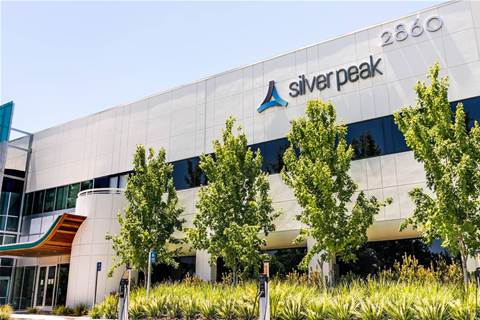 Hewlett Packard Enterprise’s US$925 million acquisition of SD-WAN high-flyer Silver Peak is going to put the heat on Cisco’s long dominant position in the enterprise networking market as HPE Aruba steps up its intelligent edge charge, according to HPE solution providers.

“This lets HPE play in the SD-WAN market with some really exciting software defined networking technology,” said Michael Maher, director of professional services at CPP Associates, Clinton, New Jersey, which was recently named HPE solution provider of the year “Ultimately it further erodes Cisco’s hold on the market because HPE is going to be able to bring a more competitive solution to customers that are starving for alternatives. Silver Peak was the 2019 Gartner Magic Quadrant leader in WAN Edge Infrastructure.”

In 2019, Silver Peak displaced Cisco as the leader in the 2019 second Magic Quadrant for WAN Edge Infrastructure conducted by market researcher Gartner. At the same time, HPE Aruba was added to the Magic Quadrant as a “Niche Player” thanks to its WAN edge SD-Branch offering.

Cisco has largely been “unchallenged” for the most part in the enterprise networking market, said Maher. “This is a significant game changer,” he said. “Silver Peak is a purpose built SD-WAN solution which furthers HPE’s cloud anywhere strategy. This makes on-prem private cloud an attainable reality. Aruba is a phenomenal wired/wireless solution. But this changes the game in total for the Aruba portfolio.”

Besides Cisco, the Silver Peak SD-WAN portfolio gives HPE a “huge” competitive weapon to compete across the board in the SD-WAN market against all comers including VMware, said Maher. “This really bolsters their cloud anywhere strategy whether it on-prem, off-prem or hybrid,” he said.

CRN reached out to VMware for comment but had not heard back at press time.

“It’s a great acquisition for HPE Aruba,” he said. “HPE has acquired best of breed technology to compete very effectively against Cisco and other companies like VMware. This furthers HPE’s edge to data center to cloud strategy. It gives HPE a much stronger competitive position in the market a lot quicker than it would have been with Aruba building this out internally. It’s great for us as HPE Aruba partners because it gives us a more competitive offering against Cisco and allows us to sell the entire HPE Aruba portfolio with a high degree of confidence that we are selling a market leading solution to our customers.”

HPE Aruba has made great progress in the last several years building out the enterprise wired and wireless networking capabilities versus Cisco, said Krucker.

“Two years ago, Aruba was a niche player in the networking market that was primarily known as a wireless LAN vendor,” he said. “They’ve really transformed themselves from a niche mobile networking player into a full networking brand that encompasses campus switching, data center switching, wireless, internet of things and security.”

The COVID-19 pandemic has provided a rapid shift to edge networking as a result of the almost wholesale move to work at home, said Krucker. “Customers have pushed the boundary of where the network is out to people’s homes,” he said. “That strengthens Aruba’s position in the edge market and allows customers to secure the edge of their network regardless of where it is.”

Customers, in fact, are anxious to get more information on edge networking in the wake of the COVID 19 pandemic, said Krucker. Last week, Comport hosted Aruba founder and HPE Intelligent Edge President Keerti Melkote in a webinar that got rave reviews from Comport customers, said Krucker.

“Intelligent edge is a huge disruptive force,” said Krucker. “Keerti talked about all of that including internet of things, zero trust and security. It impacts not just networking but compute and storage. You want to process data and house data where it is appropriate. A lot of that telemetry data is being processed at the edge. You don’t necessarily want to bring that back into the data center. You want to process that data and make intelligent decisions where it is coming from.”

Customers welcome HPE Aruba as a Cisco alternative, said Krucker. “Cisco has a strong ecosystem and networking portfolio they have built over the years, but that is going to continue to be challenged,” he said. “That’s a good thing.”

Krucker predicted much more competition against Cisco in the networking market because of the shift to the edge.

“Cisco has a strangle hold on the data center networking market, but you are going to see a lot of companies attacking that edge market in the next few years,” he said.

In a prepared statement, Jason Gallo, Cisco senior director of enterprise networking for Cisco’s Global Partner organization, said vendor consolidation in the SD-WAN market underscores the significance of SD-WAN as a vital part of the network.

We’re confident in our approach to SD-WAN and SASE by integrating the most advanced networking and security portfolios together to meet the performance and security demands of our customers as they adopt multicloud initiatives,” said Gallo. “Our strategy is paying off.”

Gallo cited Dell’Oro Group and IDC data stating that Cisco is the market leader in SD-WAN. “Today, we have more than 20,000 SD-WAN customers globally, including 70 of the Fortune 100,” he said. “Our history of navigating complex market transitions gives our customers the confidence to invest with Cisco on their journey to SD-WAN.”

As for partners, Gallo said the networking market leader’s partner led go to market model is help partners build profitable practices to capitalize on the transition to SD-WAN.

“Partners are benefiting from Cisco’s SD-WAN enablement, training and incentives, as well as taking advantage of Cisco’s ability to deliver software-defined capabilities across all network domains from end to end,” said Gallo. “We are seeing Cisco channel partners realizing a multiplier of sales pull through from SD-WAN as it drives new opportunities across network domains – campus, branch, IoT, security, data center and cloud.”