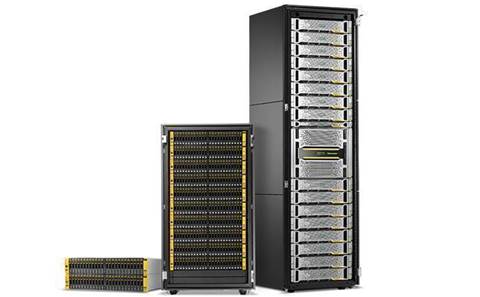 Hewlett Packard Enterprise Monday kicked off its Global Partner Summit in Las Vegas with the launch of a new GreenLake Flex Capacity offering that brings the full force of the pay-per-use cloud model to partners selling on premises HPE infrastructure.

The public-cloud-busting GreenLake Flex Capacity channel compensation model provides partners with a whopping five times the rebate incentive that they would get in a traditional capex deal.

The accelerated rebate program is aimed at providing a significant margin boost to partners compared with a traditional approach as they move to a pay-per-use consumption model and is designed to be break even in the first 12 months.

The lucrative terms are the result of a hefty investment by HPE Pointnext to help power the partner pay-per-use transformation.

"We have the industry’s first and most partner-friendly [pay-per-use] consumption model," said HPE Pointnext Chief Ana Pinczuk in an interview with CRN USA.

"We are enabling the channel to be part of the consumption solution. There is nobody else that is doing this in the industry."

HPE vice president North America channels Terry Richardson calls the Flex Capacity pay per use business model breakthrough simply the most "significant" partner opportunity he has seen in 30-plus years in the channel.

"Giving customers the opportunity to pay only what they consume is absolutely game changing," says Richardson.

"Those that are embracing this model are really differentiating themselves from the pack and they are contributing to an absolute surge in our business growing many hundreds of percent quarter on quarter. The fact is only HPE has a Flex Capacity offering. None of our traditional competitors do."

Under the terms of the program, partners can hold the paper on the deal, determine the margin and add in their own services. The GreenLake Flex Capacity model teams the financial benefits of the Capex model with a robust annuity stream.

In a typical US$300,000 capital expenditure deal, partners would on average received a 15-20 percent margin on hardware and services, and a low blended rebate.

Under that same deal with a GreenLake Flex Capacity per-per-use model, partners would receive an accelerated 5x rebate paid at the outset on the full value of the US$300,000 deal.

Eliminating departmental friction within MSPs
By Steven Burke
Jun 19 2018
7:58AM