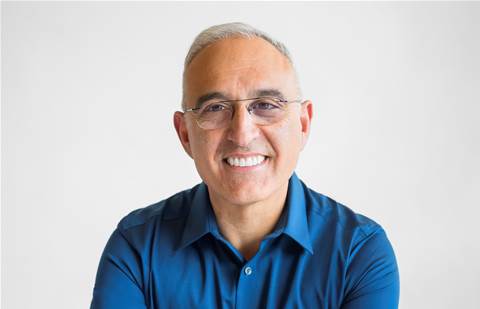 GreenLake has grown into a leading focus for HPE since the debut of the consumption model in mid-2018.

The HPE president and CEO made the comments in response to a question from a solution provider executive, Advizex President C.R. Howdyshell, who said his firm has fully bought into the GreenLake approach but sees challenges around the pricing and overall process involved with the offering. The customer experience could be better if deals could be closed faster, Howdyshell said.

Neri, who at another point said the average sales cycle for a GreenLake deal is six to nine months, responded to acknowledge that until “fairly recently,” many of the GreenLake deployments that were sold have been custom solutions. Looking ahead, “standardisation is the key here” with GreenLake, he said.

Additionally, improving the customer experience in the ways that Howdyshell mentioned is “what we’re going to be focusing on,” Neri said.

In coming quarters, Neri said that “I’m going to personally lead that effort.” That entails leading a 30-person team that is reporting directly to him on the effort, he said.

“Ultimately I’m working [on] all aspects of the experience. With Greenlake.HPE.com, you will be amazed at the UX experience we’re going to bring,” Neri said, referring to the plans to debut a new front-end for GreenLake at that URL in March.

Neri said he believes that GreenLake can grow “way faster,” however. And that is partly because “we’ve got to complete these transitions – particularly on the process side, pricing side, and making it frictionless,” he said. “In March next year, you’re going to see a whole different experience.”

Solution provider executives who spoke with CRN following Neri’s session applauded his move to personally lead the effort around boosting the experience with GreenLake. Those executives included Howdyshell, who said he was “very happy” to hear that commitment from Neri.

“I think it’s what’s needed to fix this issue. It’s everything from pricing to their systems—it’s going to need a complete rework of the process, the business units, who owns what,” said Howdyshell, whose Cleveland-based firm is an HPE Platinum Partner. “So he’s going to need to give the OK to say, ‘We’ll change the process, we’ll change how we do the pricing with the business units, to allow the ultimate flexibility for a GreenLake proposal—so we can move faster.”

Advizex was an early adopter in the channel with GreenLake, having started working with the platform shortly after its launch in 2018, and is now generating 40 percent of its HPE revenue via GreenLake, up from 20 percent a year ago.

“They are ahead in the market with GreenLake, but he can’t rest with his lead today,” Howdyshell said. “If he doesn’t take ownership, I don’t believe it gets done.”

In response to questions from Robert Faletra, executive chairman of The Channel Company, and Steven Burke, editor news at CRN US, Neri said he is fully focused on accelerating the effort to bring GreenLake to more customers with the help of partners.

HPE will continue to explore ways to incentivise partners in that regard, he said. “Ultimately it’s about logos. What I want to have is massive amounts of new logos,” Neri said.

The bottom line is that “GreenLake is the future of HPE, and I think it’s the future for our partners too,” Neri said.

Eliminating departmental friction within MSPs
By Kyle Alspach
Oct 14 2021
6:35AM